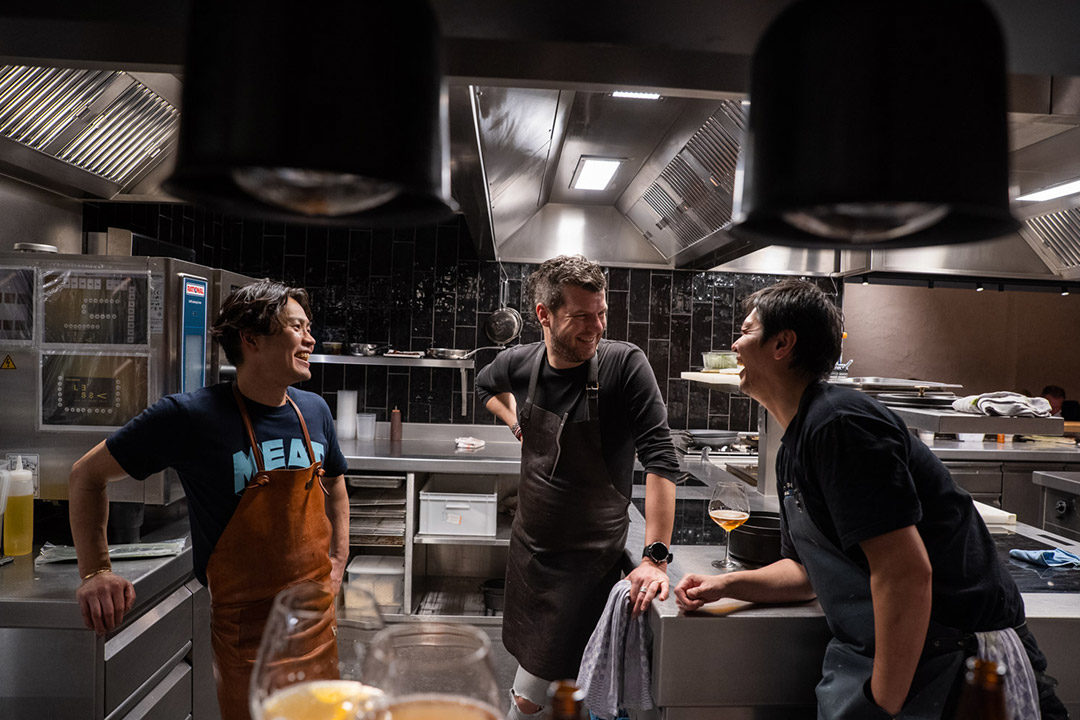 Chef Susumu Shimizu left for France in 2002 where he became the first Japanese chef to head the meat section at restaurant l’Arpège. Afterwards, he worked for a year at Paris’ premier meat merchant Hugo Desnoyer to learn everything about handling meats. Later, Shimizu returned to Japan and opened the doors of his very own restaurant Anis in 2013. Seeing that Shimizu learned the basics in France, Anis incorporates touches from the French cuisine and its menu is built entirely around the chef’s passion for meat. 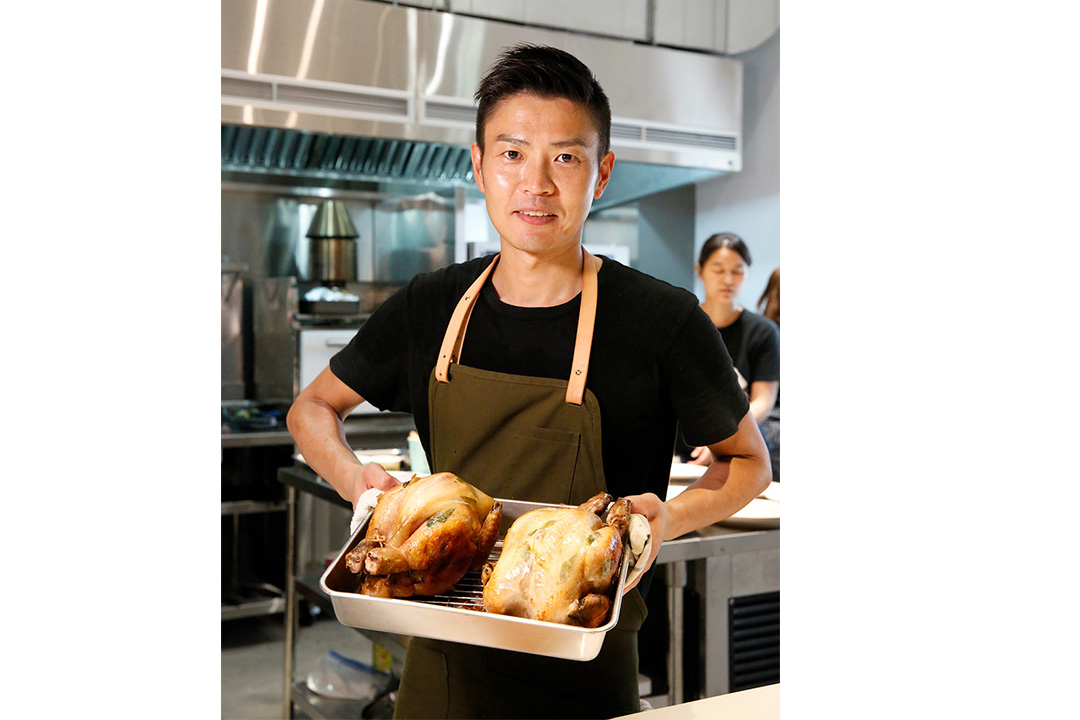 After his studies, chef Hiroyasu Kawate also went to France to gain experience at restaurant Le Jardin des Sens and to learn the basics of the French cuisine. In 2009, he opened his own restaurant Florilège, combining traditional French techniques with Japanese artistry. He’s also an advocate of sustainability and follows the zero-waste philosophy. 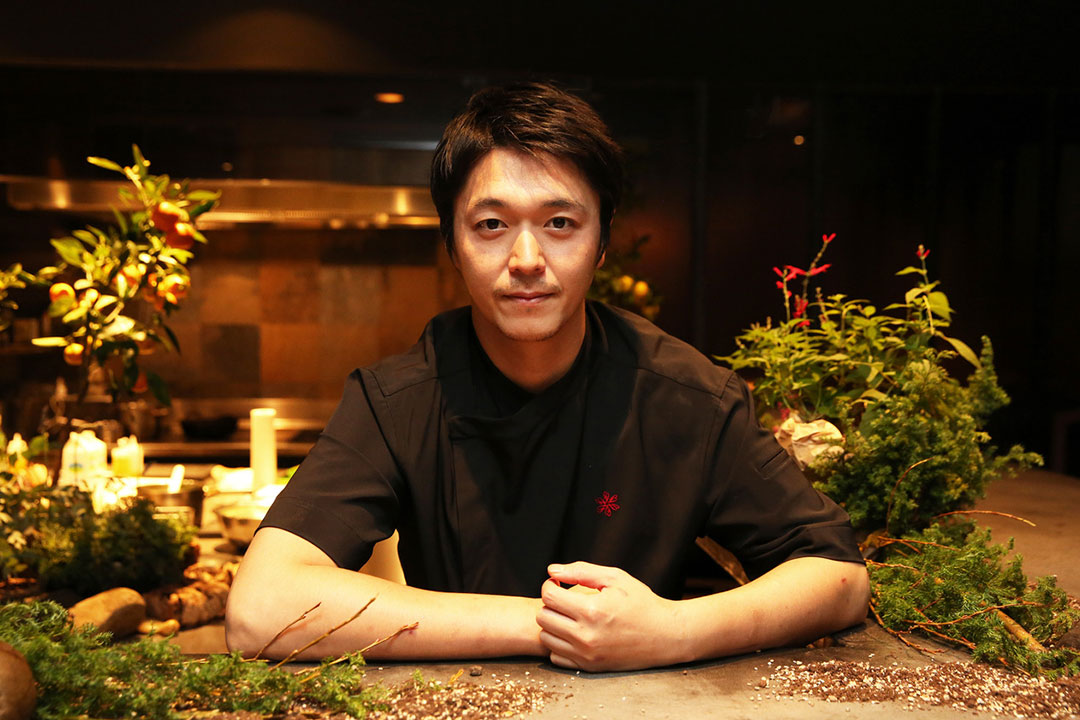 Once started as a trainee in the Hertog Jan service team when he was still a student, chef Ruige Vermeire became in 2016 the head chef and co-owner of L.E.S.S. Eatery in Bruges. Only eight months later, he and his team received a first Michelin star.

For chef Gert De Mangeleer, it all started in 2005 when he and his soulmate Joachim Boudens acquired the Hertog Jan brasserie in Bruges. Six years later, they received a 3th Michelin star. With the opening of L.E.S.S. Eatery and Bar Bulot, he showed that even after the closure of restaurant Hertog Jan, he still remains full of passion, energy and innovative ideas.

Both chef Shimizu and chef Kawate are trained in the classic French style, which they masterfully blend with their Japanese roots. So, we were sure that their cuisine would stand out during this very first edition of Chef’s Invitation. The concept contained every ingredient to make it a night to remember: a great atmosphere with a laidback vibe, smooth service and good company. Moreover, it was wonderful to experience the great synergy between the chefs from the front row. You could really feel the chemistry when they’re cooking together.

We started off with some bites to share, which showcased some of the classic of L.E.S.S. Eatery, combined with very nice creations of the Japanese guest chefs. 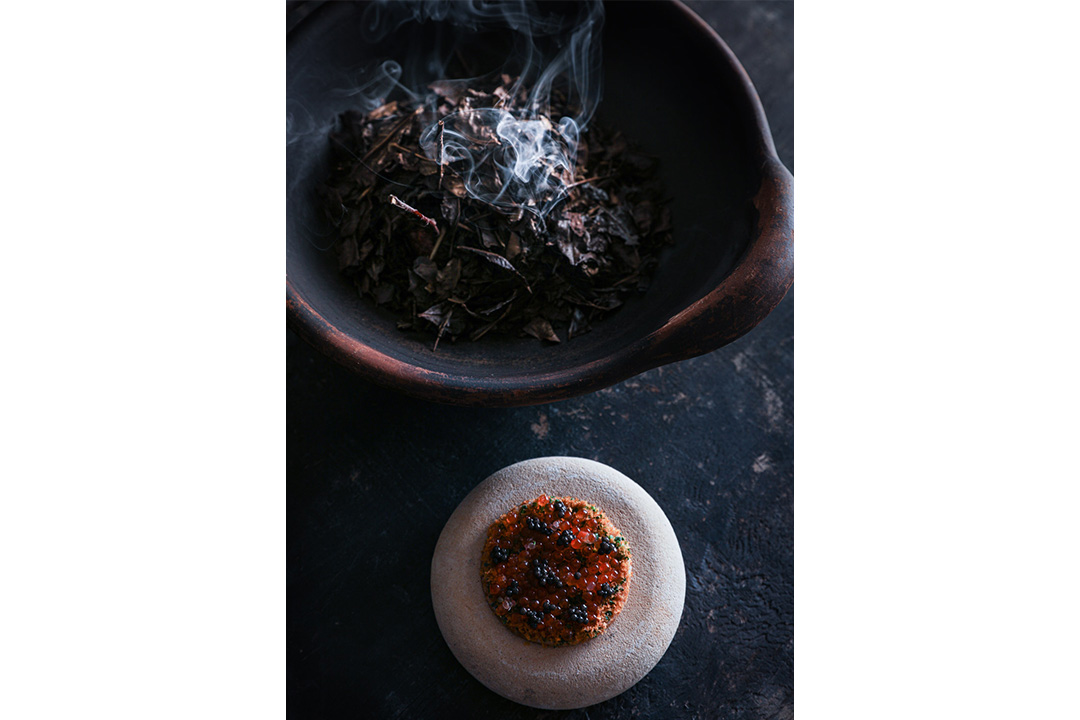 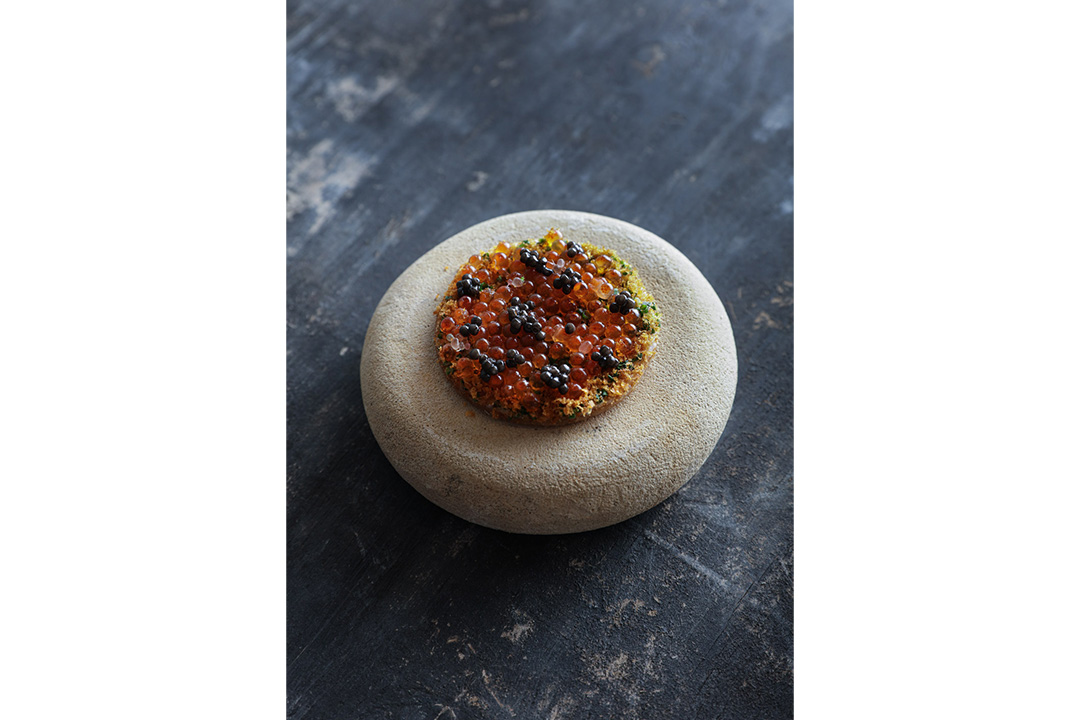 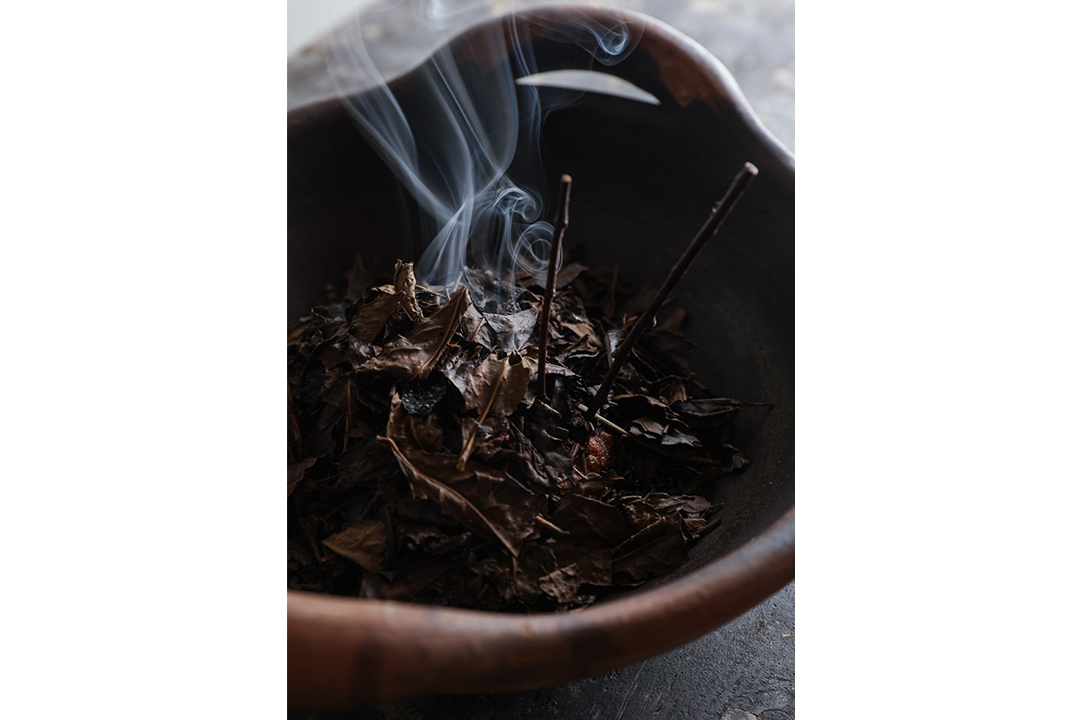 We continued our experience with a series of starters, all brought in a sequence of two in order to create an exciting melting-pot of the three restaurant’s signature styles. 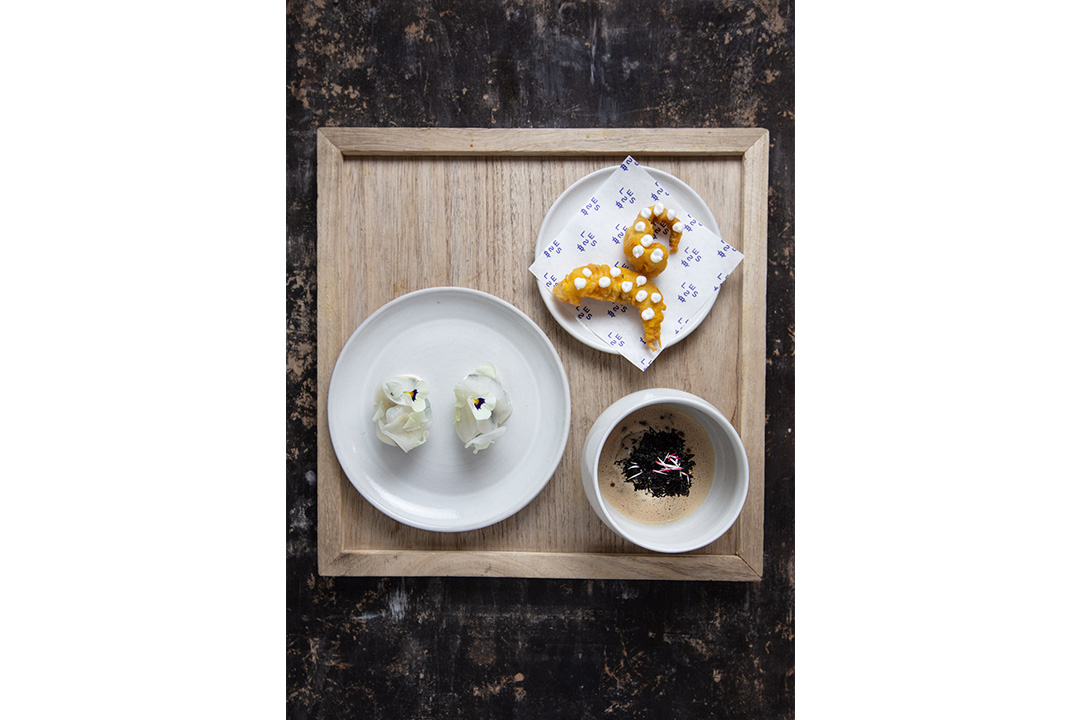 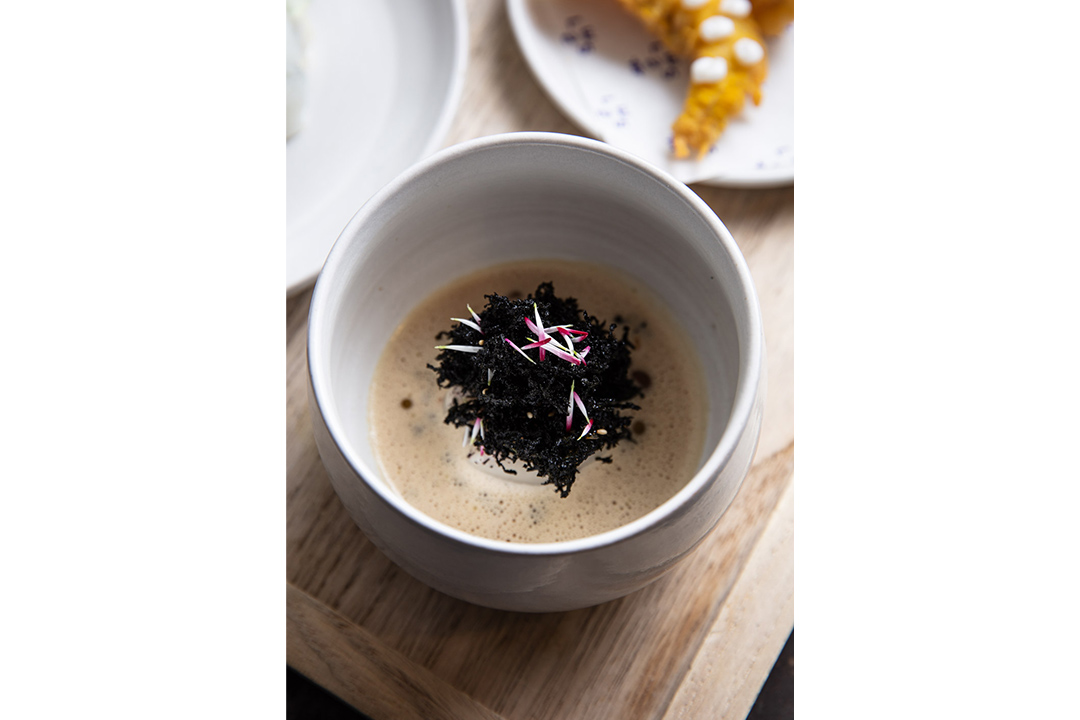 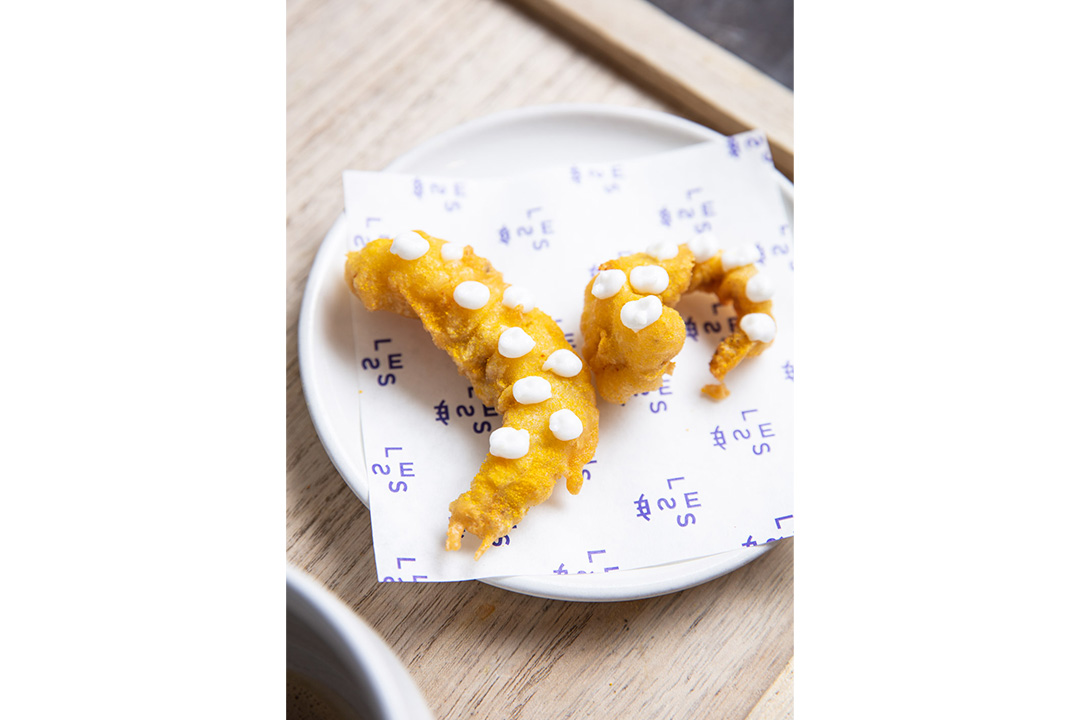 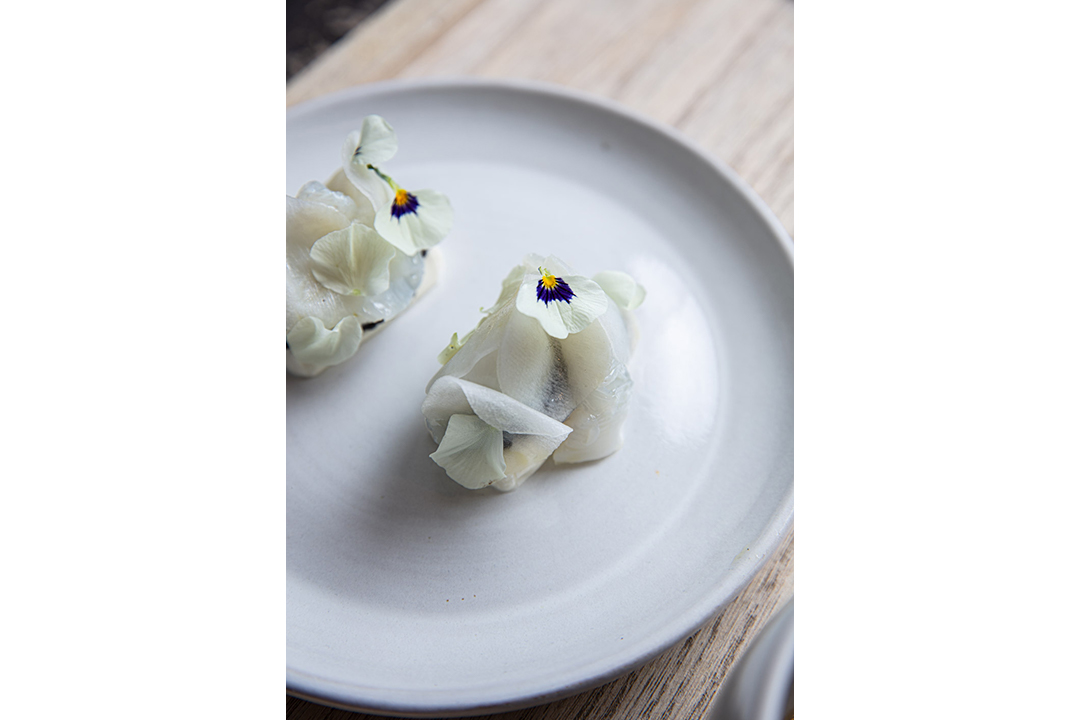 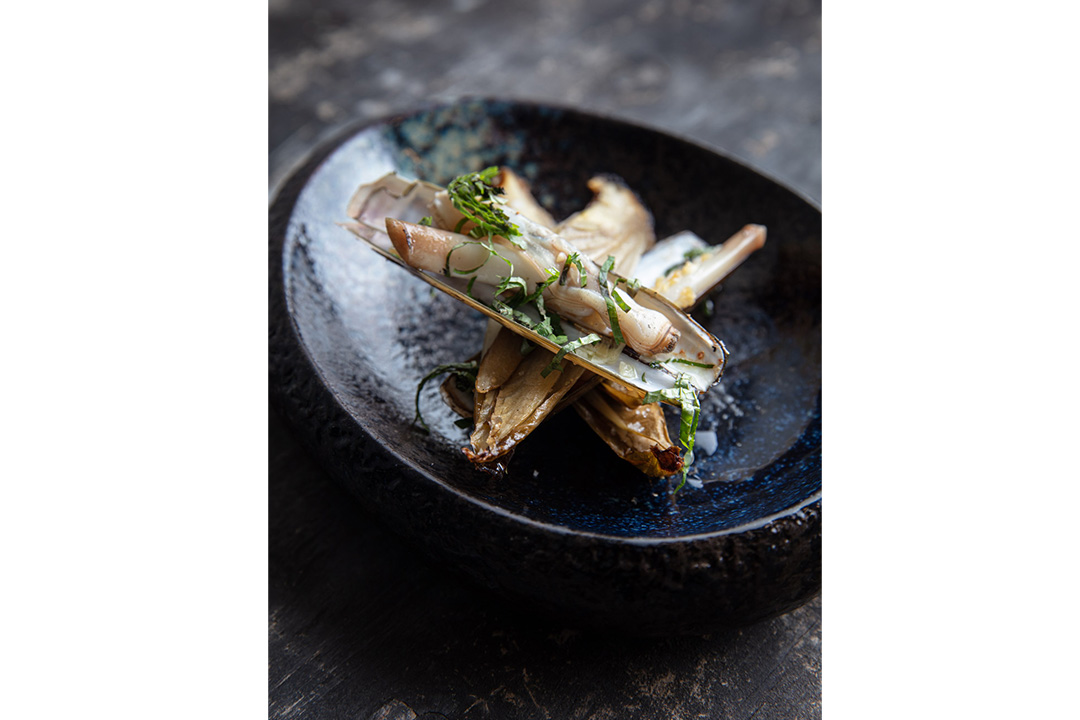 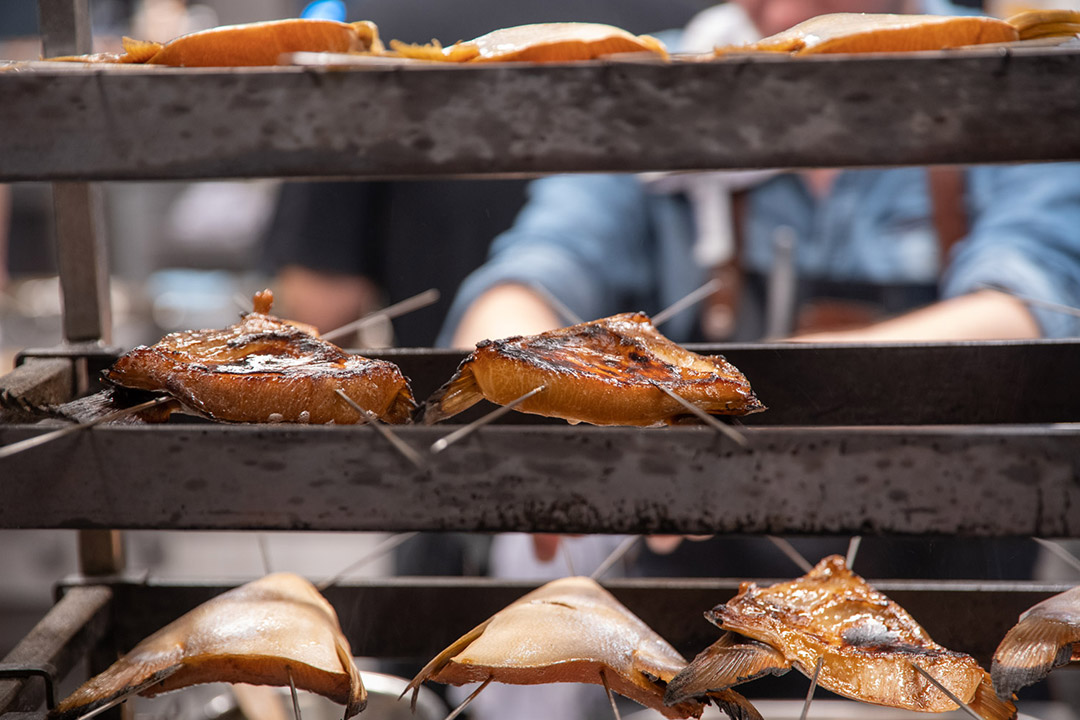 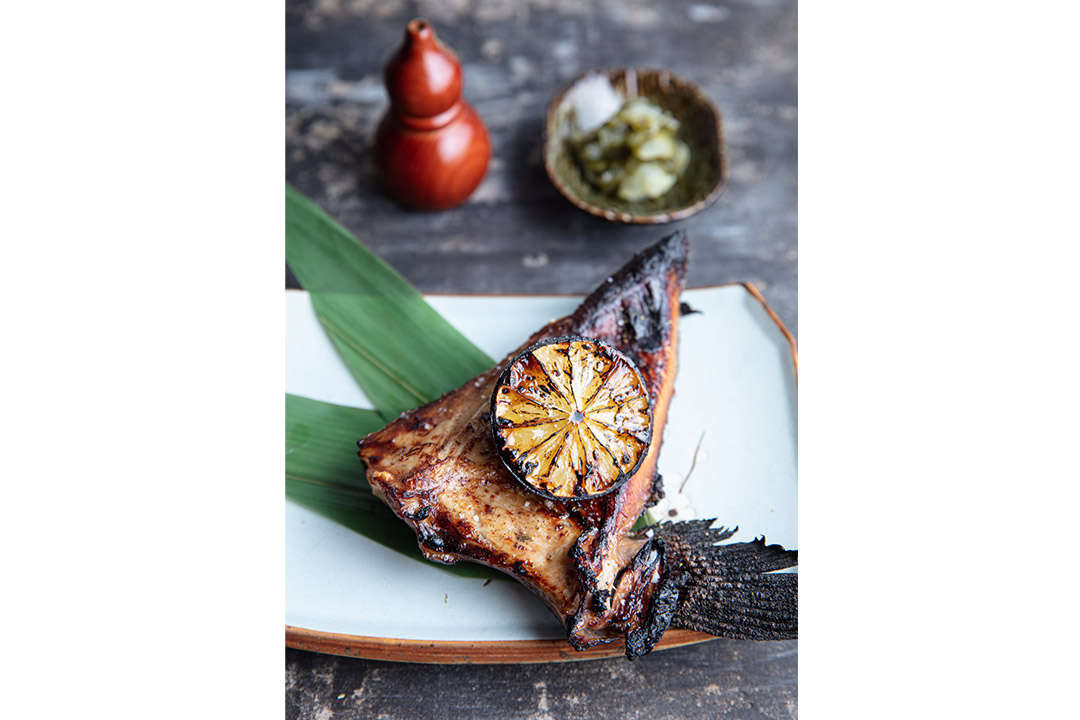 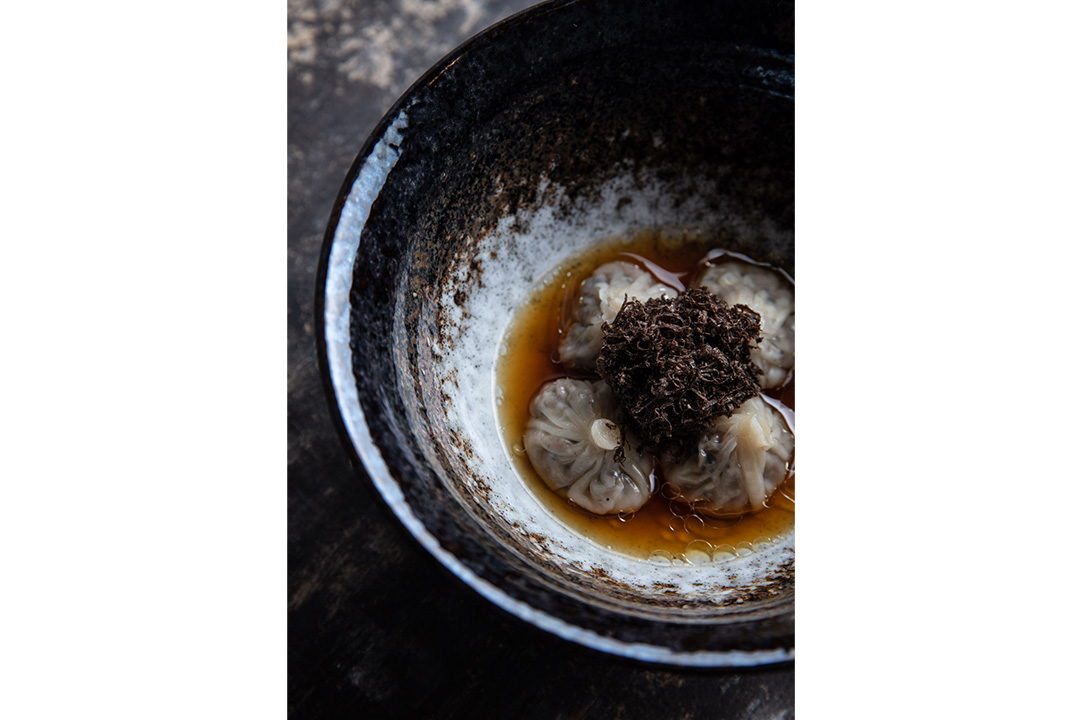 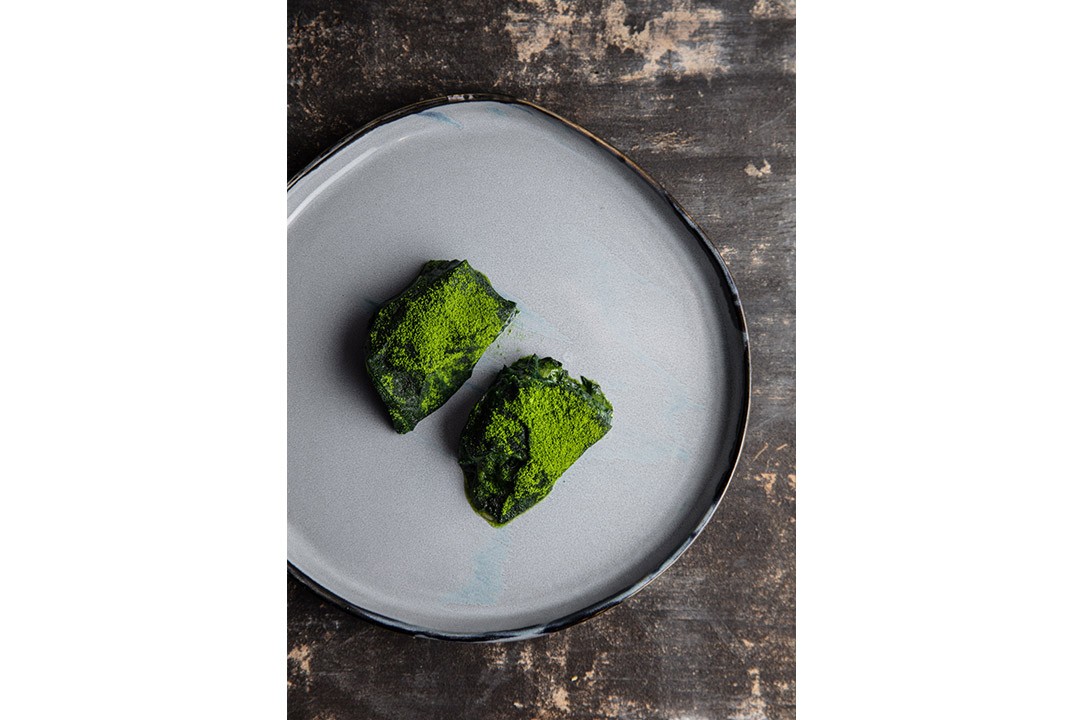 Over to the main courses. The Duke of Berkshire pork by Anis Restaurant was roasted slowly under the watching eye of the audience at the bar of the open kitchen. So, everyone’s mouth was watering when it was finally time for the apotheosis of the evening – the slicing of the meat. The side dishes were created by L.E.S.S. Eatery: Thai vinaigrette, Jews ear and fried rice. 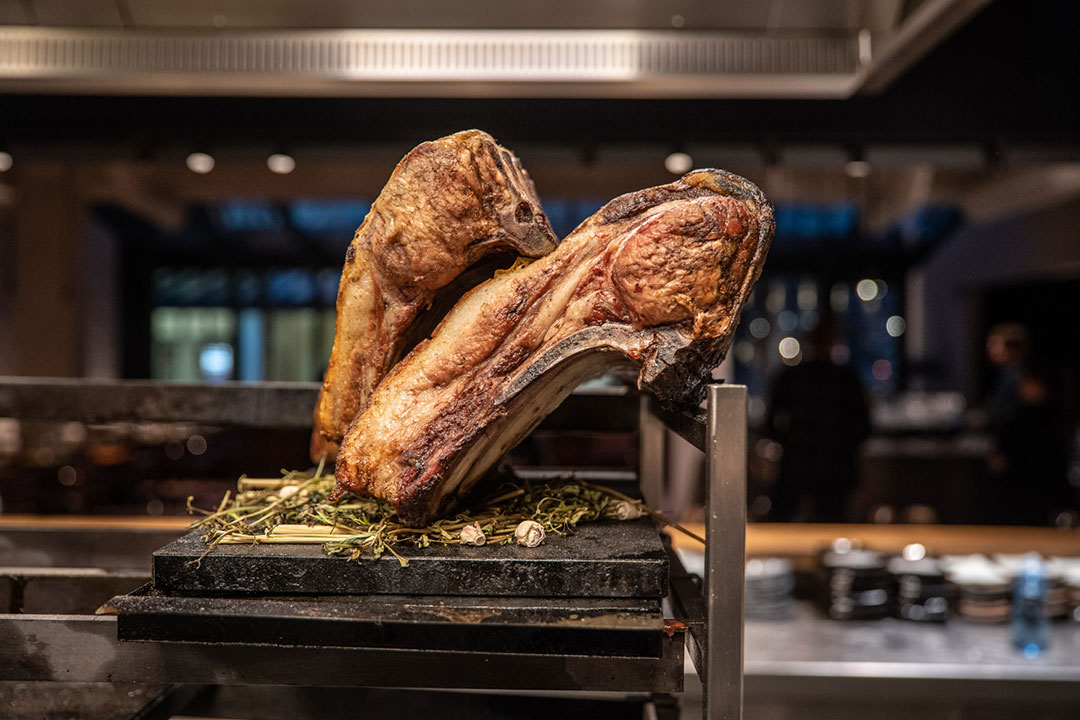 To finish our lovely experience, the chefs served us a delicious selection of desserts. 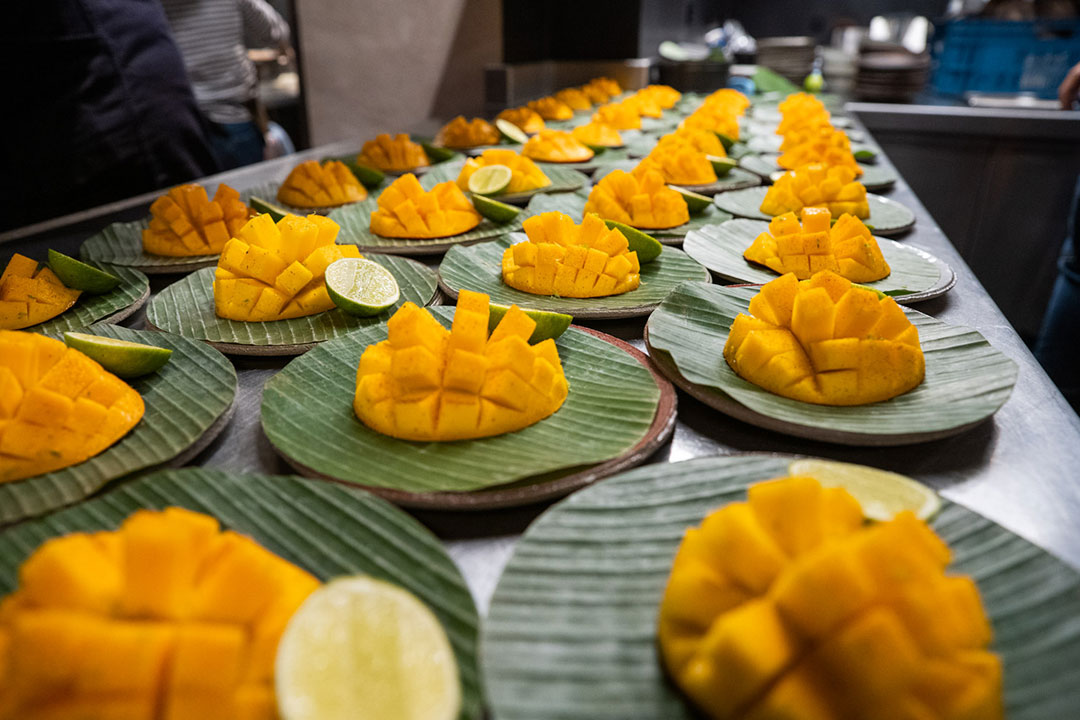 Excited to also attend one of Gert De Mangeleer’s Chef’s Invitation? Mark your calendar, as on the 6th and 7th of May 2020 chef Jordy Navarra of Toyo Eatery in Manila, Philippines, will join the Belgian team as a guest chef. 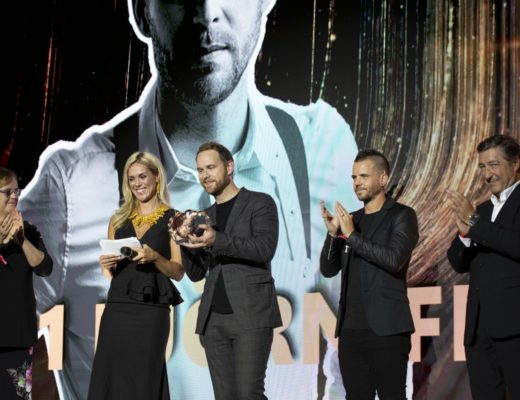 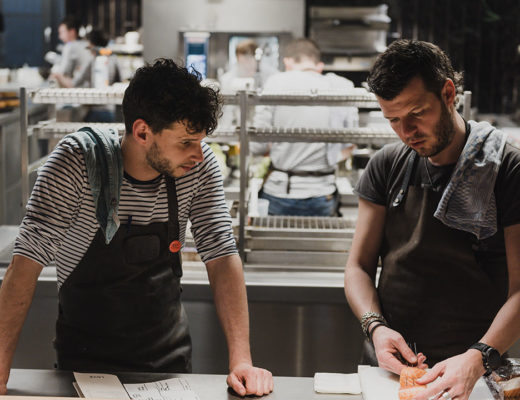