In Budapest, the restaurant absolutely everyone’s talking about is the Onyx, synonymous with pure luxury and classic gastronomy. Everywhere in Onyx, tradition strengthens evolution under Head Chef Támas Széll. Tamás has just won the prestigious 2016 Bocuse d’Or Europe. So all things considered you immediately sense the restaurant’s ambition to earn a second Michelin Star.

Onyx opende in 2007 de deuren aan de Vörösmarty tèr, pal in het centrum van Boedapest. Onyx opened its doors in 2007 on the Vörösmarty tèr right in the centre of Budapest. It’s next-door to the well-known Gerbaud coffee house – in fact where the old Kis Gerbaud coffee house used to be. A design by Zoltàn Varro gave the building’s neo-Baroque style a modern look without destroying its authentic elements, such as the covings and chandeliers. The restaurant takes its name from the impressive-looking onyx stone that defines the appearance of the space – and its atmosphere.

Modern gastronomy with a strong dose of perfectionism.

Executive Chef Szabina Szulló runs the kitchen together with Head Chef Tamás Széll, and the team focuses strongly on local high-class products. They utilize modern techniques and taste-combinations to come up with new and refined variations on traditional Hungarian cooking. They add international influences too, to produce top gastronomy. The wide selection of more than 200 wines and other drinks encompasses beverages from well-known international houses as well as local Hungarian wines. 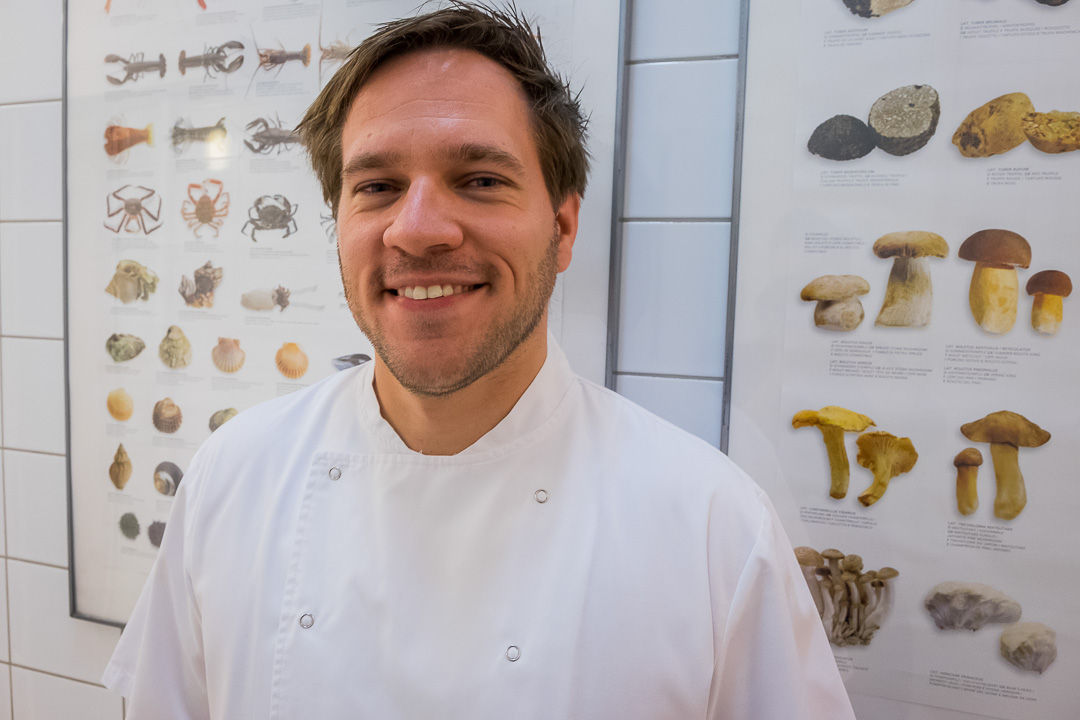 On Saturday evenings Onyx serves only two types of degustation menu, which makes choosing a bit easier! An interesting point here is that fully vegetarian versions of both are available. We opted for the eight-course menu with the appropriate wines. Everything looked very promising indeed, so it was hard not to go for the “full option”.

A spectacular start: an aperitif, amuses and bread.

We started with cabbage in a pastry roll, and chose a glass of sparkling wine (Kreinbacher Prestige) from the trolley loaded with an impressive array of all sorts of aperitifs. 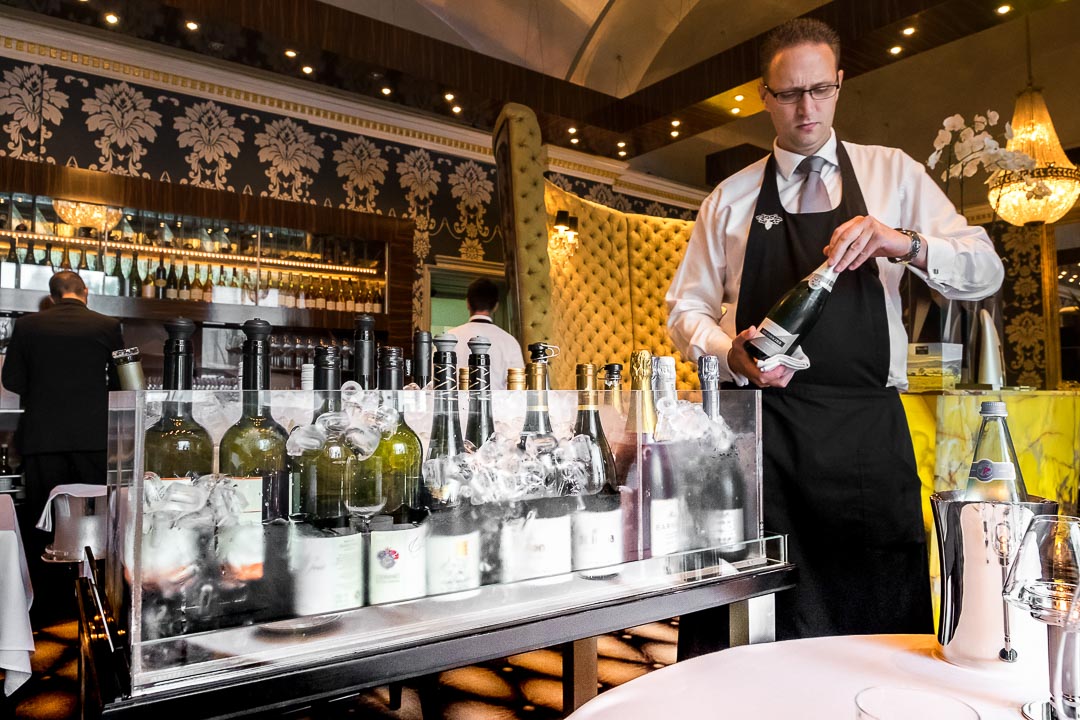 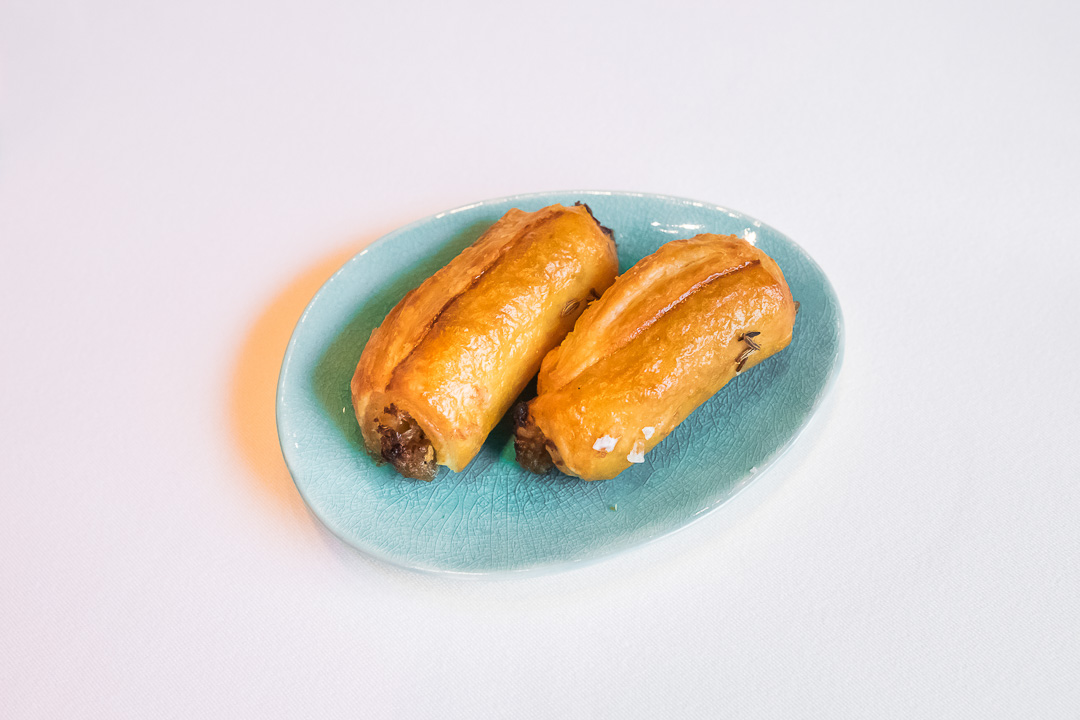 Three amuses followed in quick succession. First, home-made potato crisps, with sour cream and haunch of venison. Second came a spoonful of creamed egg and breadcrumbs; third a small potato cake with cucumber, cream cheese and Hungarian Mangalica ham. That last mouthful was the best, for its subtle flavour and delicate texture… 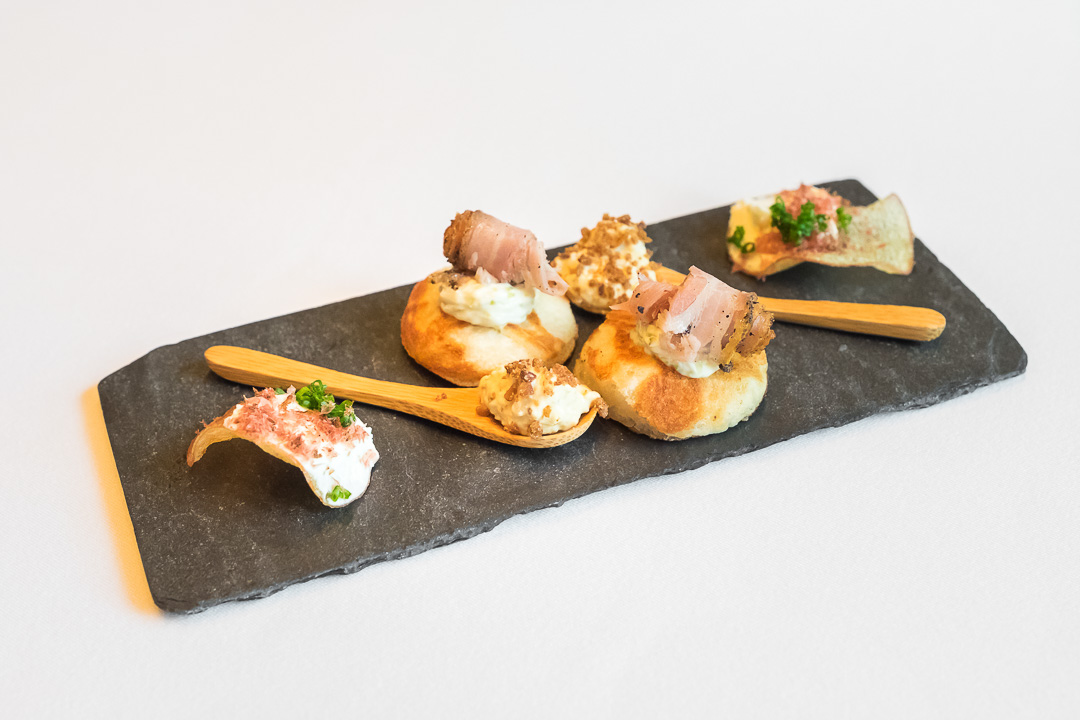 Every day at Onyx they bake more than ten varieties of bread in-house, the impressive results brought to the table on a trolley. We followed advice and tried the most popular ones, with butter, liver pâté, and a cottage cheese and pumpkin seed dip. 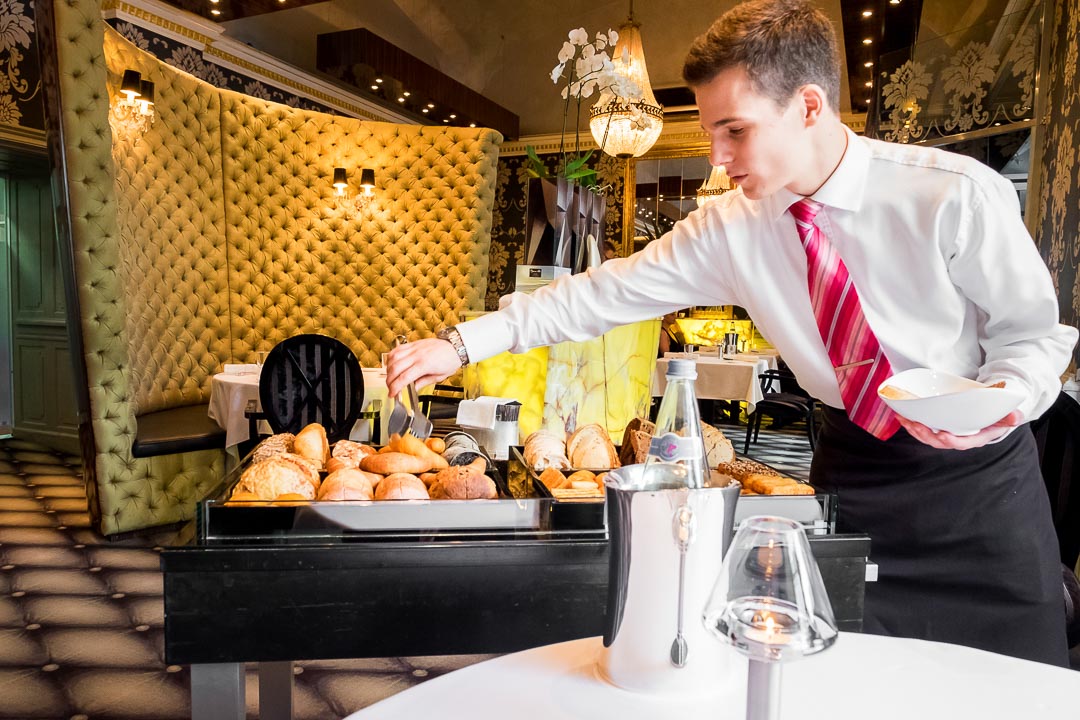 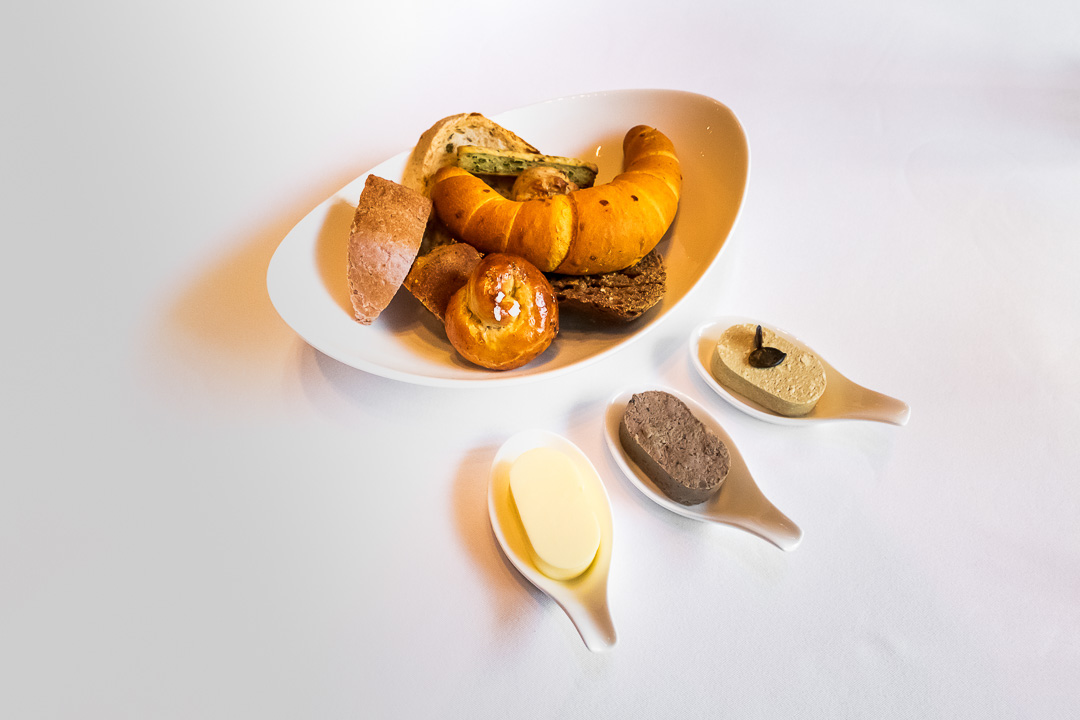 Another amuse came in two parts. First a light bean soup with sour cream with crisps and parsley mayonnaise. Then beef tripe salad with quinoa, courgette and caramelized onion. 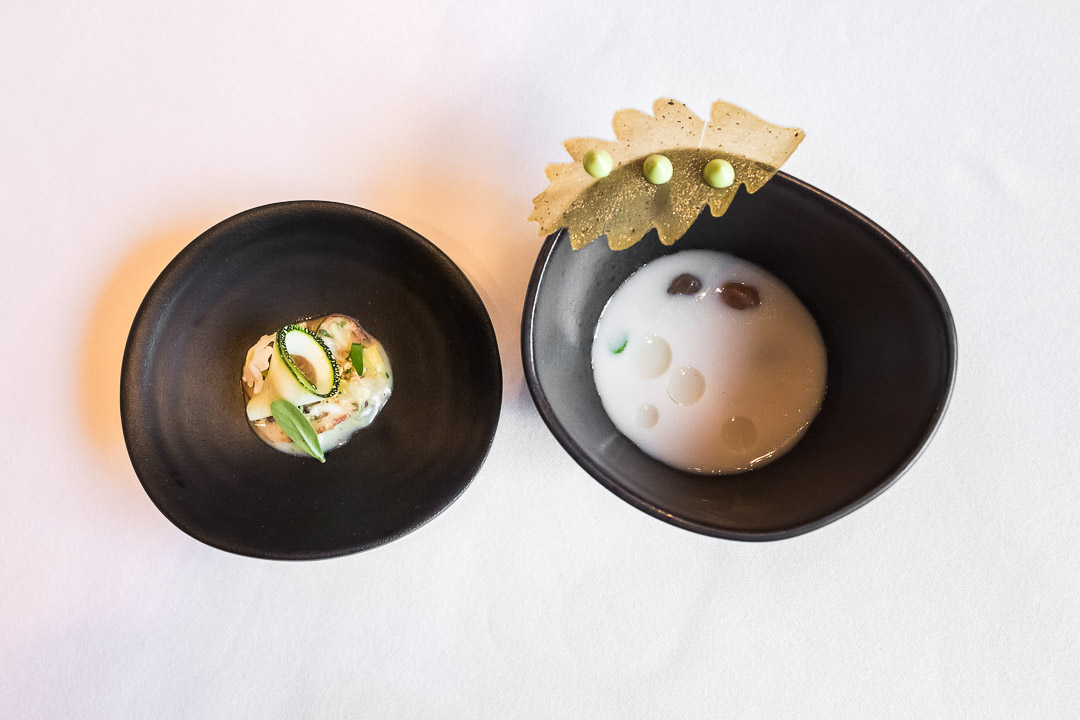 The first starter was white asparagus textures, chervil, apple, elderberries and a quail’s egg. Nicely tart – and extremely refreshing, with the quail’s egg ensuring a satisfactorily creamy body. The wine with this was Tramini 2014, from the Bukolyi Family vineyard in Eger, but its liveliness and notes of oak meant that it rather overpowered the subtlety of the dish. 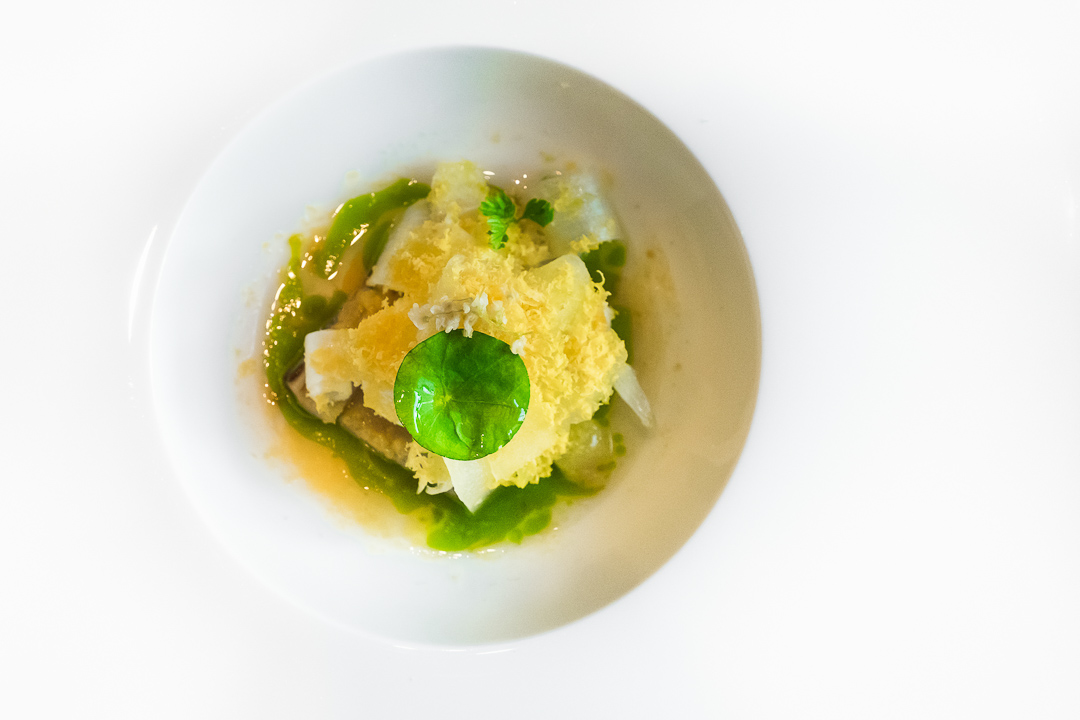 That was followed by real Sturgeon caviar with cucumber, a drop or two of goat’s yoghurt and a sauce of cucumber flavoured with dill oil. The suggested wine was Kéknyelü Selection 2014 from the Laposa Winery, Badacsony. 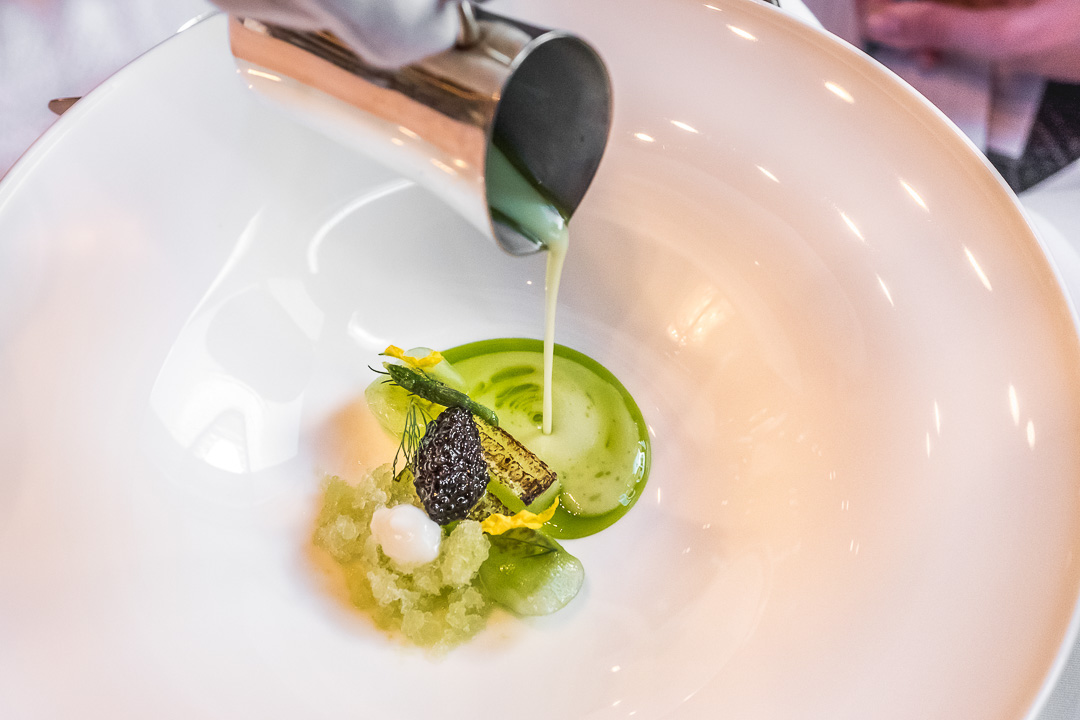 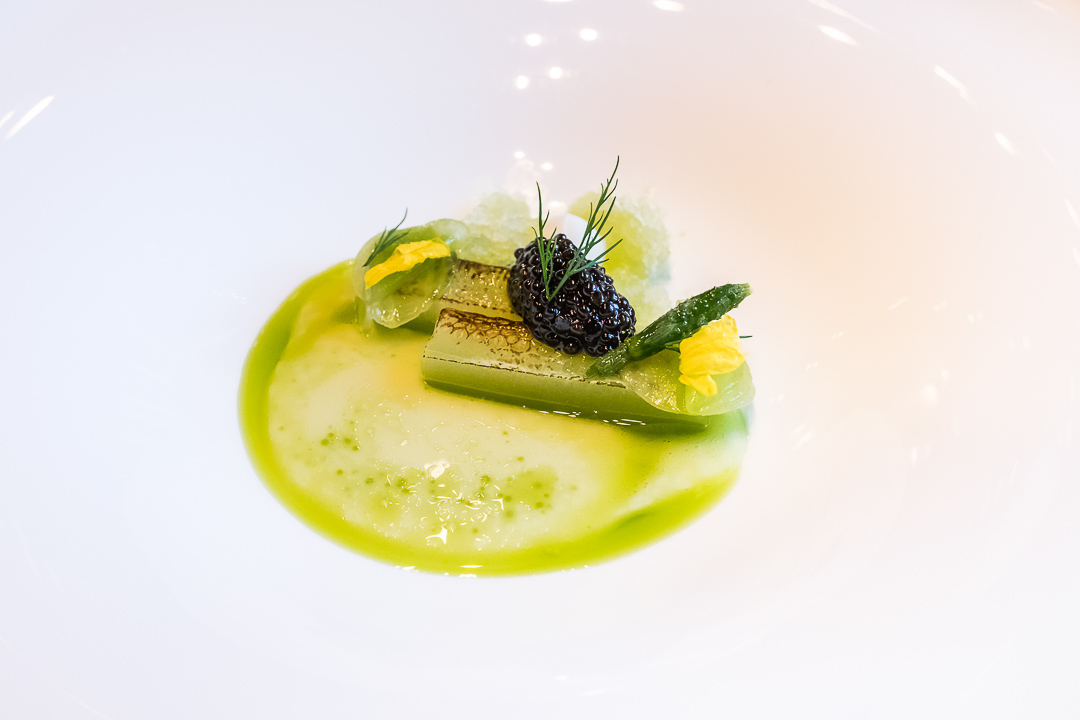 For our third starter we had a cabbage roll stuffed with creamed paprika, perfect with a marinade of lamb’s tongue, sweet onion and lamb sweetbreads. A creamy cabbage velouté was brought to the table to finish off. The wine was Kadarka 2013, from Vesztergombi Winery, Szekszárd. It’s a subtle red, soft, supple and slightly spicy. 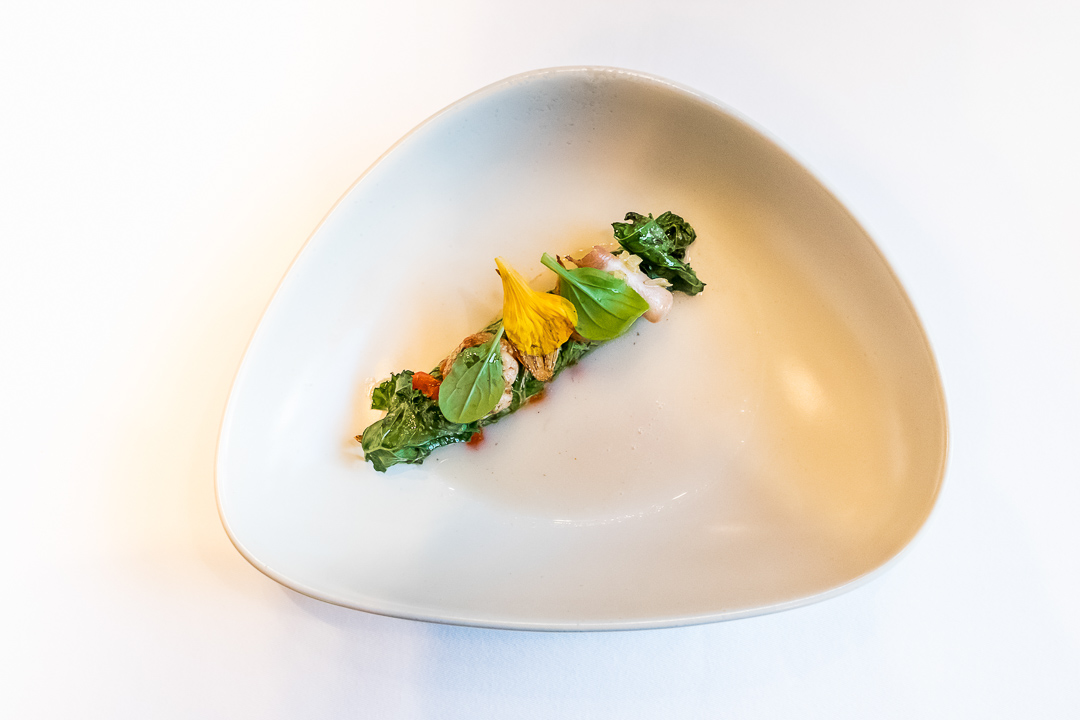 Next came trout with wild garlic, horseradish, spinach, potato and sour cream. A Sauvignon Blanc was just right for this, from Gervai Winery, Etyek. 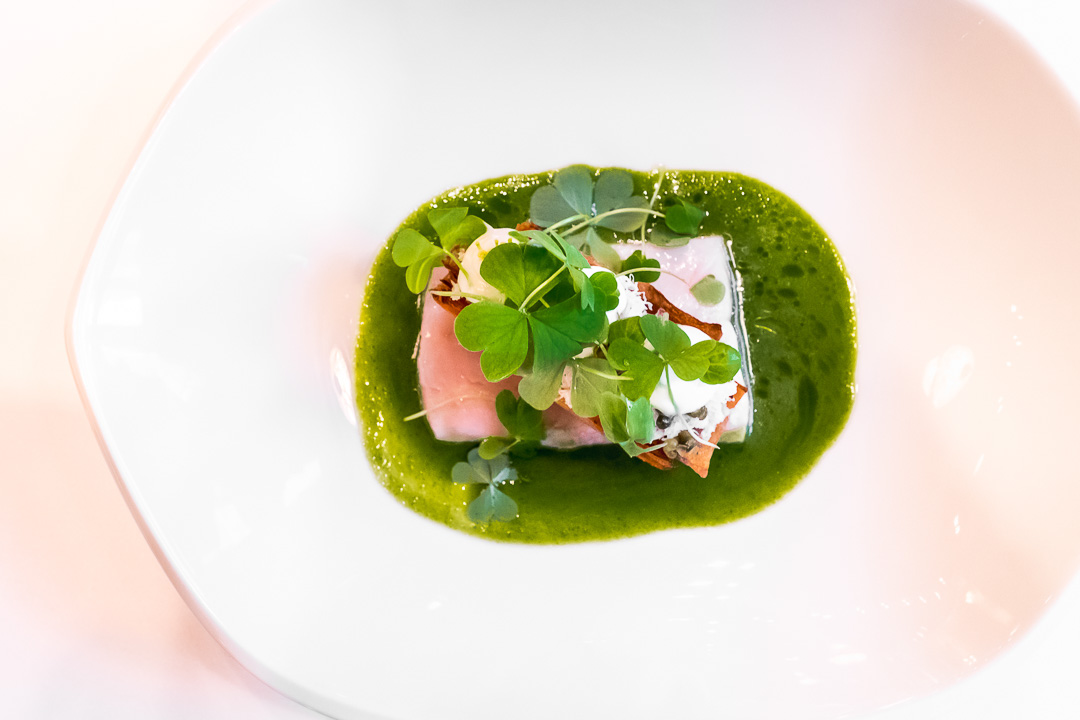 We were curious indeed to try what was to follow, given that it was the winner of the 2013 Bocuse d’Or. A modern version of goulash soup, we were given a plate of ravioli of beef shoulder with potato, celery and pickled onions. The goulash to go over it was made from beef and paprika powder, with lemon zest and roasted coffee beans. The sommelier had selected a Corvina, 2013, Maurer Oszkár, Szerémség. 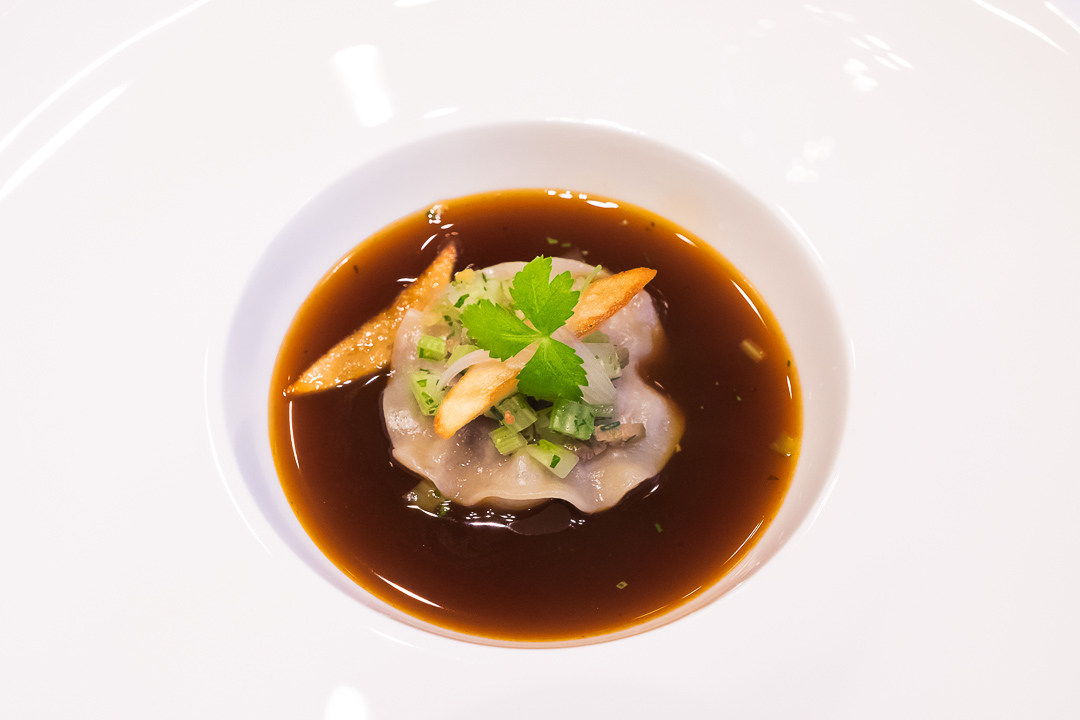 “Saving the best for last?” That certainly goes for the final course of the degustation menu at Onyx. The flavour and balance were truly outstanding. Venison combined with celery, apple sauce and black pudding. The dish was garnished with smoked walnuts and an apple cider sauce. Wine was Cuvée Villanáry 2011 from the Sauska Winery at Villány. 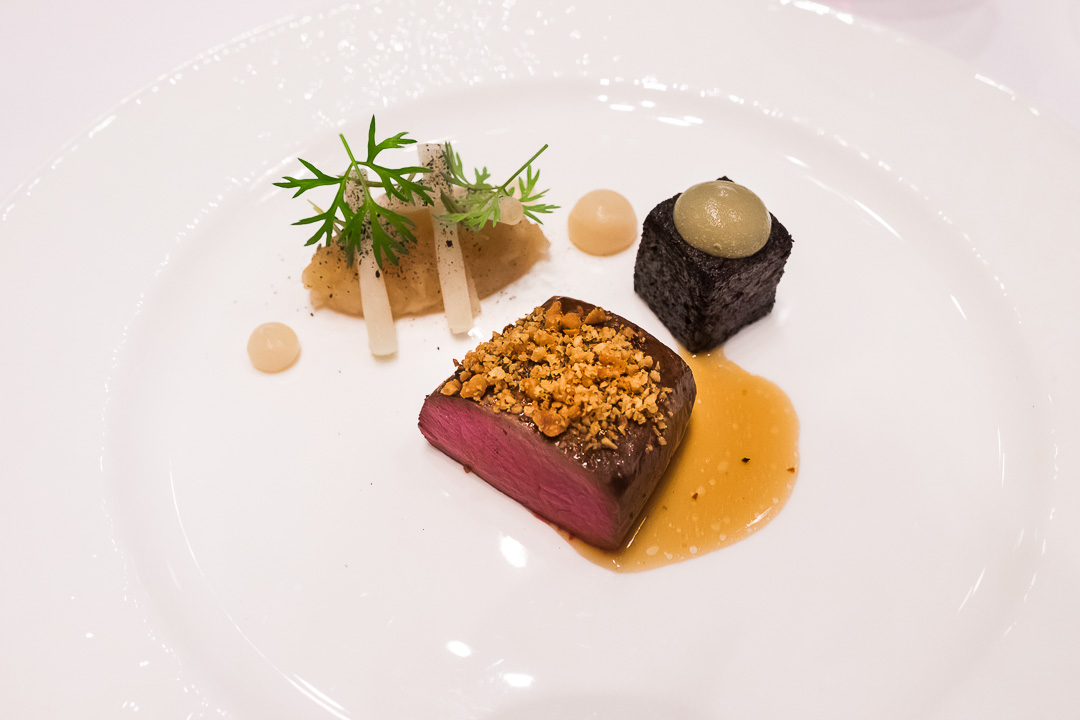 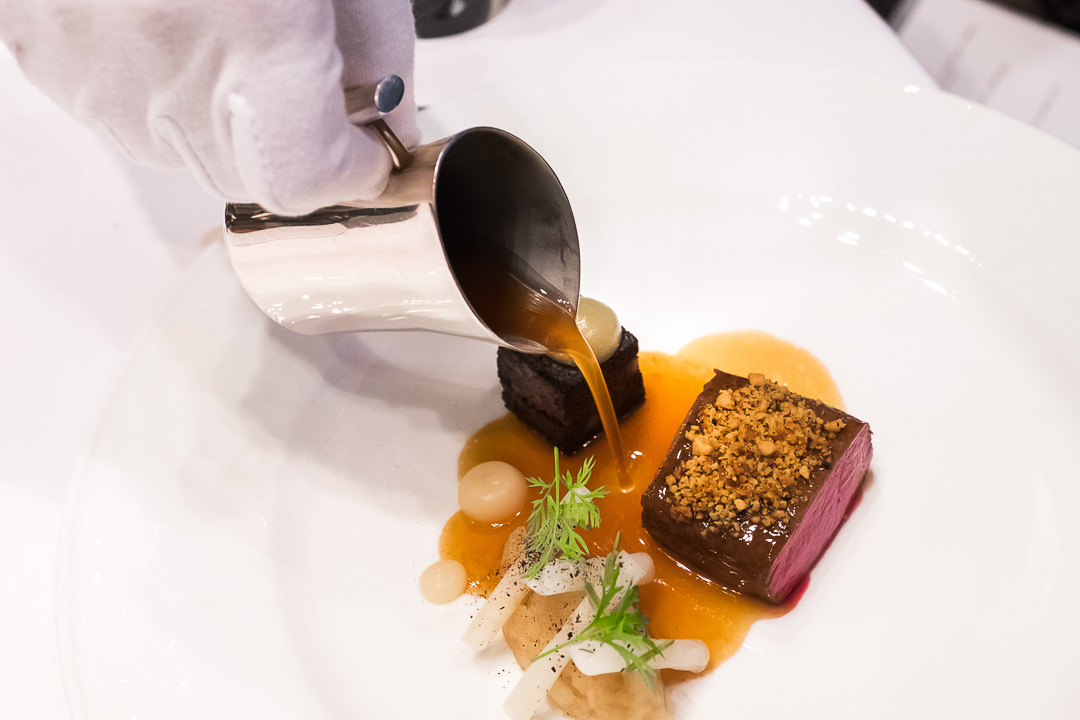 And so to the desserts. To start with, the Chef served us cottage cheese panna cotta with granité, foamed and dried strawberries, together with muscovado chocolate, crumble and cream flavoured with woodruff. 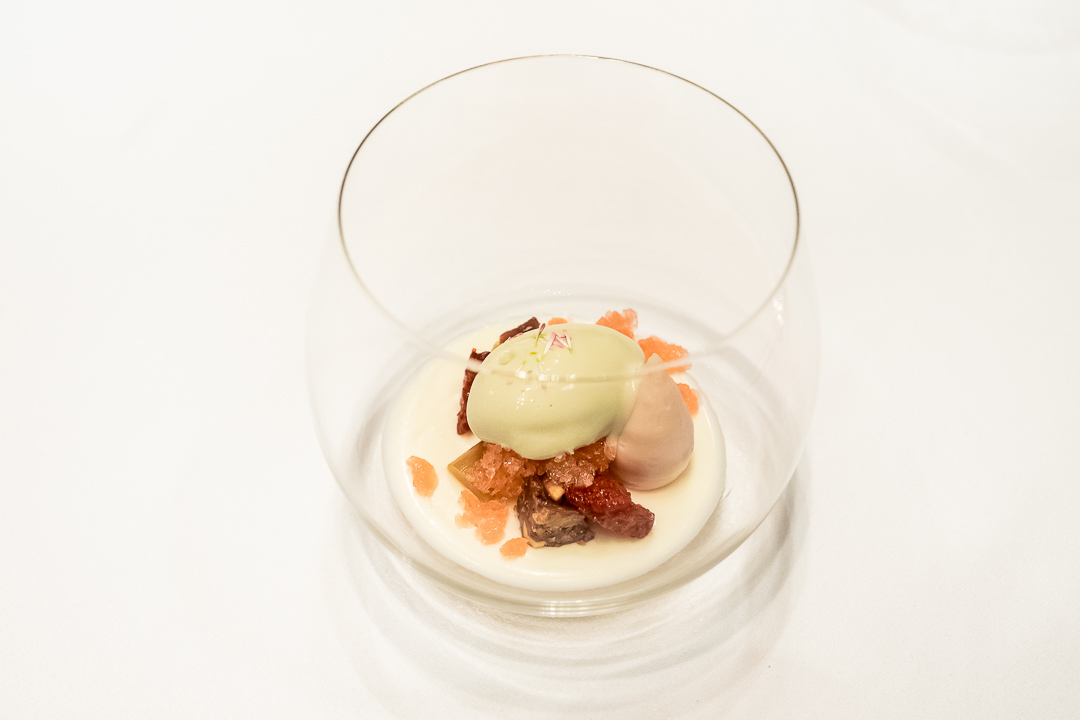 The restaurant’s portions are so well-balanced that we were always looking forward to what was to come. In this case it was a dish made up of chamomile, verbena, marinated and roasted pear and thyme with a white chocolate filling. The wine advice was to pair this with a fresh and fruity Tokaji Cuvée 2014 by Szarka Dénes of Tokaj. 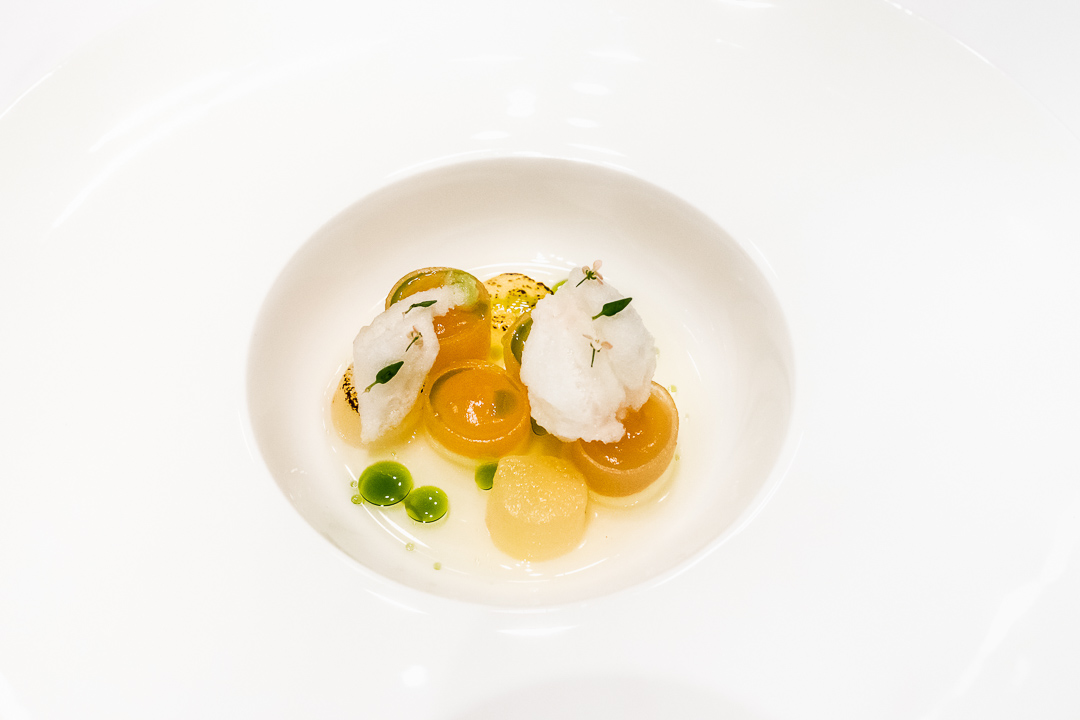 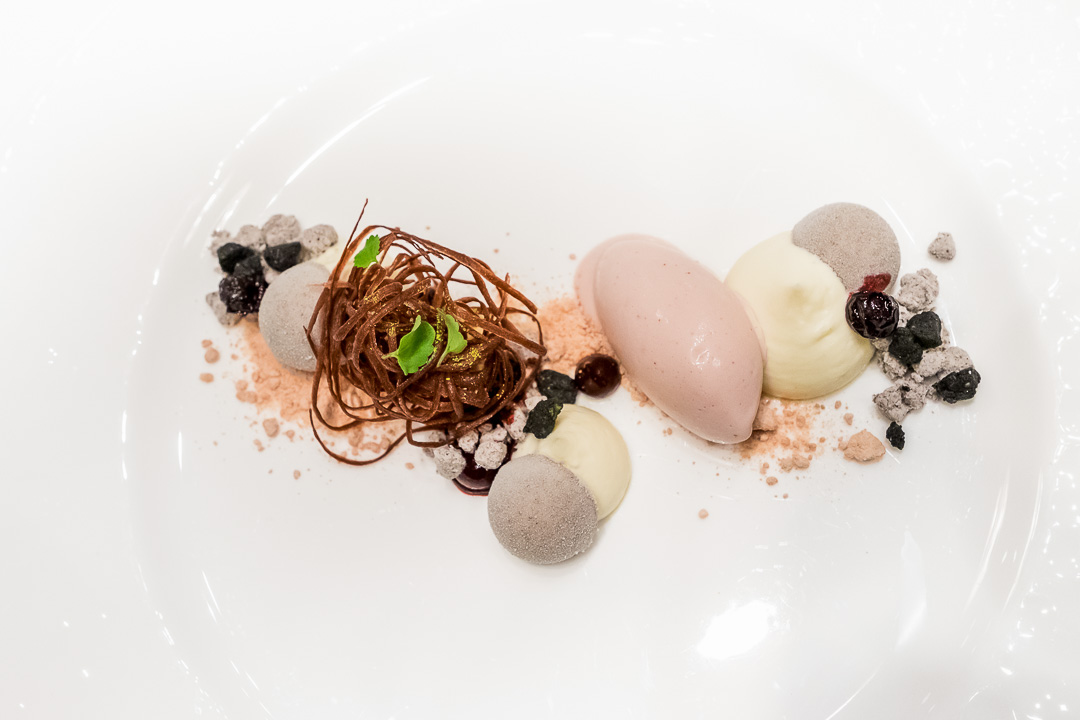 Before our coffee we just had to try that spoonful of Hungarian cow’s milk cheese, ripened for ten months. A sliver of marinated cherry gave a bit of sweetness to a savoury snack. 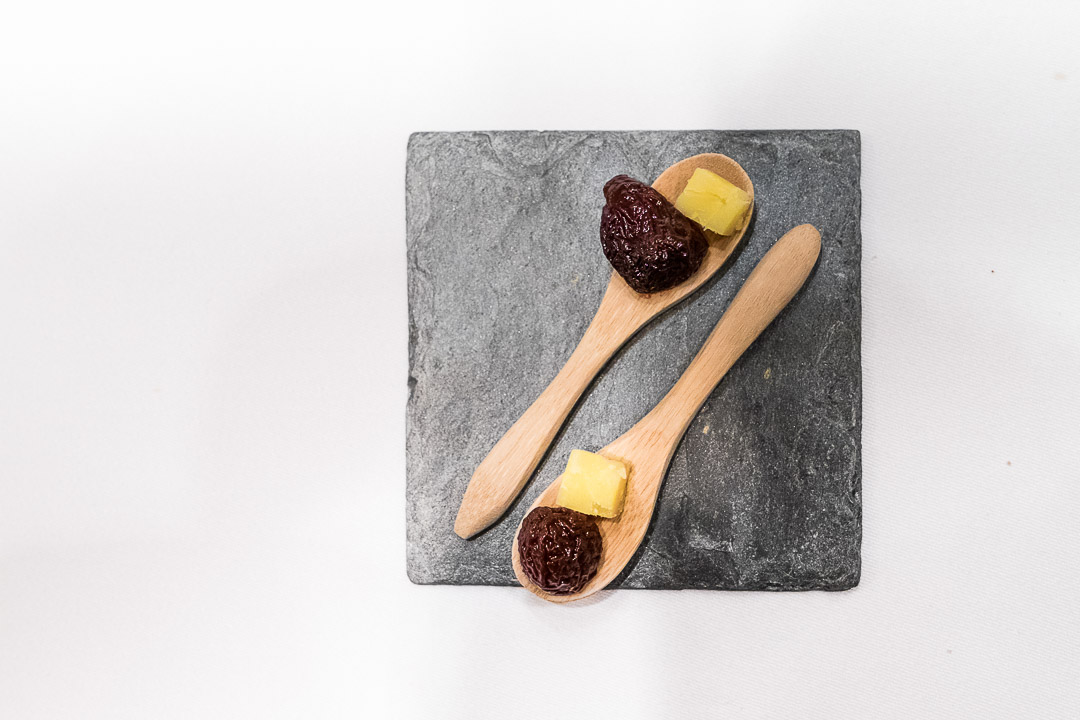 Finally they let us choose another “little something” from those delightful little trolleys. Lots of digestifs and migniardises… A superb conclusion to an evening’s boundless enjoyment of pure unadulterated sophistication and luxury in a quite uniquely elegant setting. 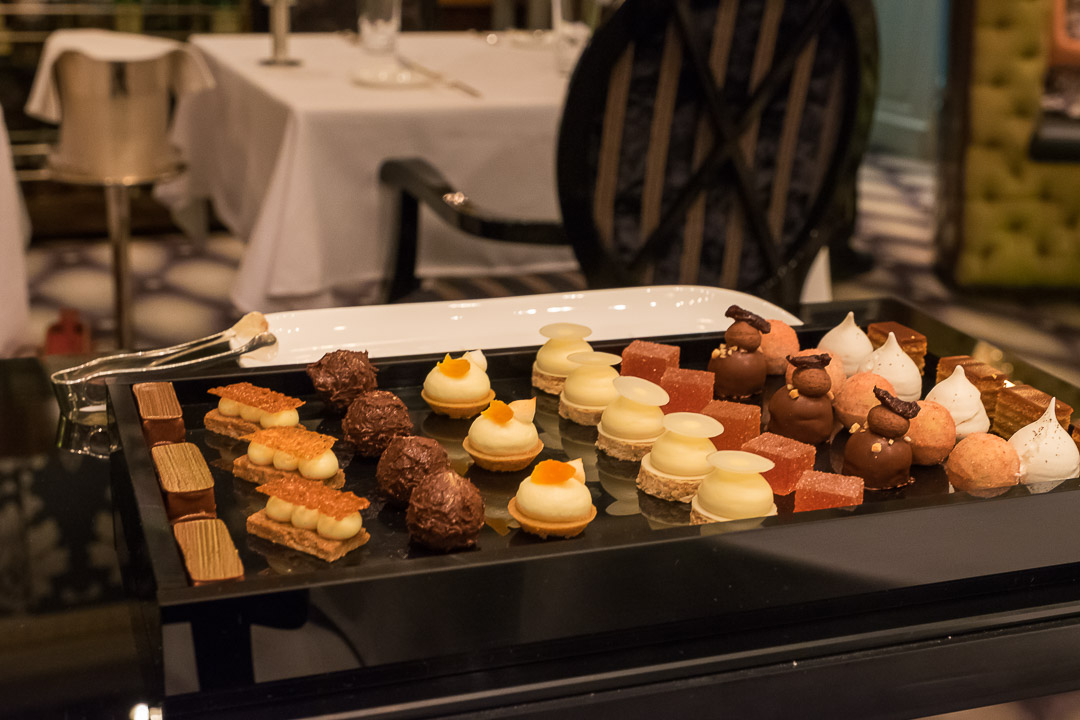 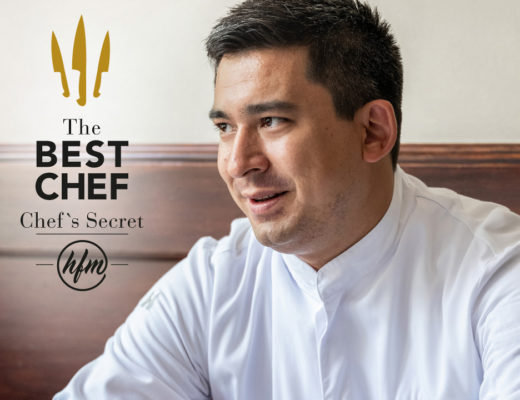 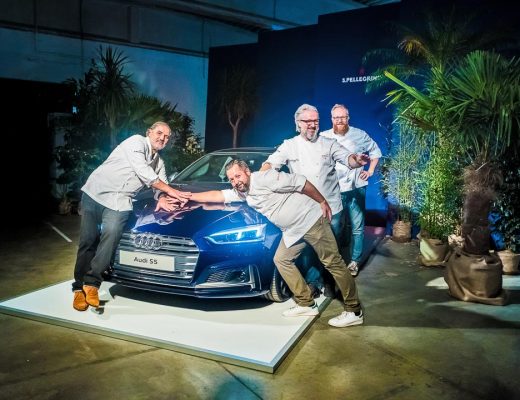 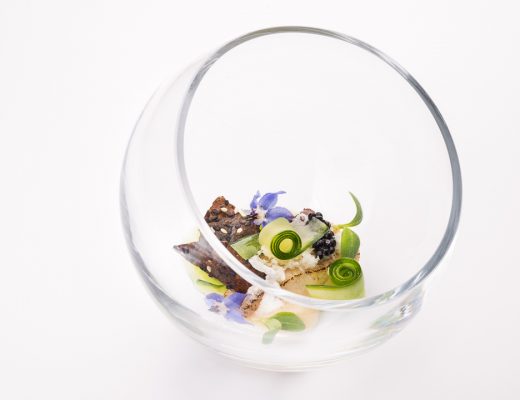