Few East European cities have so many nice restaurants and bars hidden away in them as Budapest has. In more and more places the mix of old-World grandeur with trendy interior design and beautiful décor makes for a satisfying result. And ZONA is a great example of it. It’s on the Buda side of the Chain Bridge with a view of the water, and the idea is to put that ‘urban vibe’ together in the food and the design of the interior to create a complete experience. And indeed the stylish decor with polished copper, pastel shades and wood has put this restaurant on the prestigious Night Fever list of the world’s best Hospitality Design.

The urban kitchen concept attracts locals as well as expats and tourists. In 2014 ZONA saw their efforts crowned with the award of Dining Guide ‘Restaurant of the Year’. Bearing in mind the Hungarian preference for large portions and the preference among tourists for French cuisine, ZONA offers the choice. The inspiration in the kitchen is international, but at the same time based on local ingredients; although the style of the degustation menu is rather French. Those who fancy Hungarian would be better advised to go for the à la carte menu. However, with a sense of curiosity we decided on the Chef’s choice, whose response was to assemble a varied menu of Hungarian dishes and the wines to go with them.

To quench the worst of our thirst we chose an alcohol-free aperitif, in the shape of two glasses of lemonade, one with raspberry syrup made on the premises and the other with orange and  lemon. 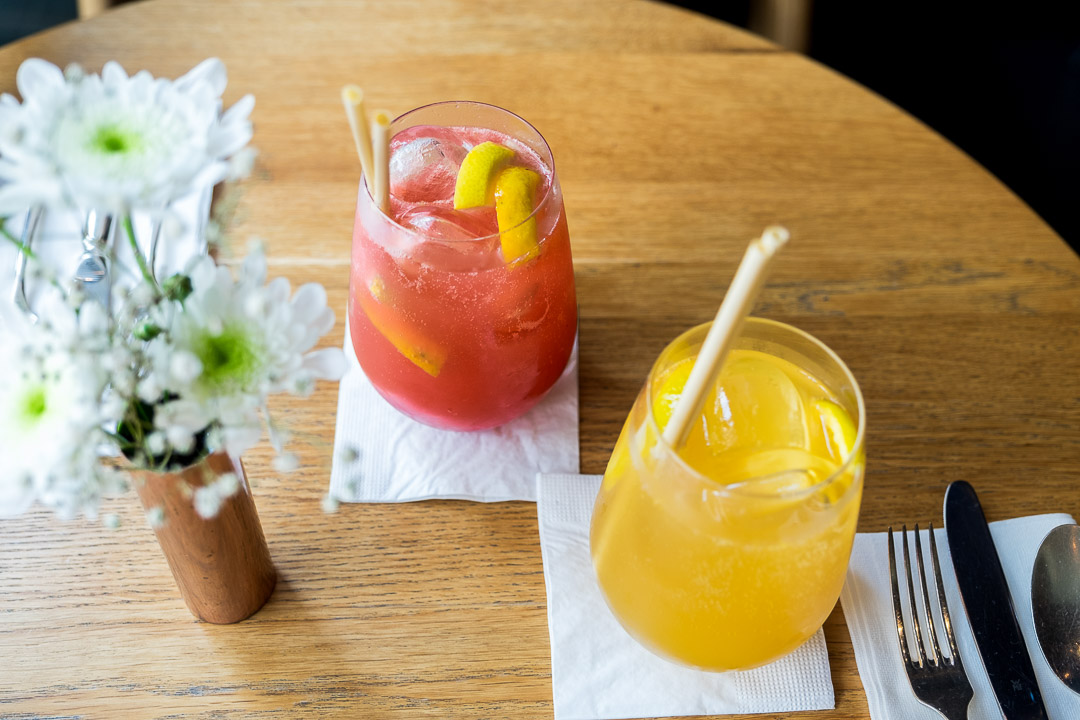 The first course was catfish soup with tarragon gnocchi with peppadew salad. 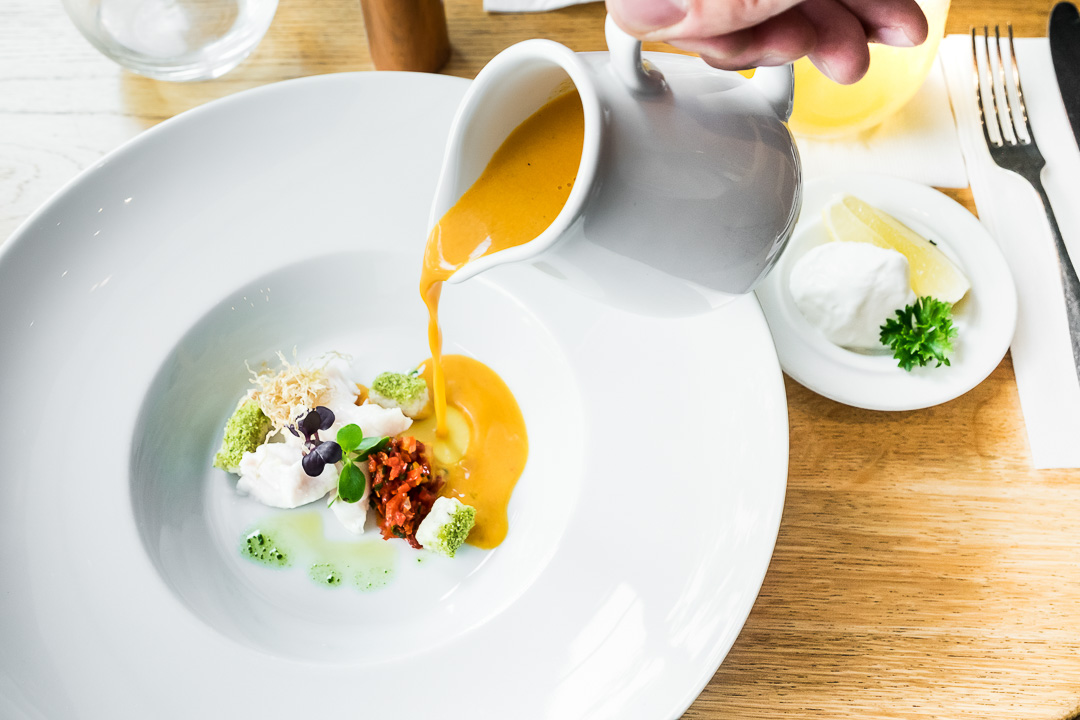 Next we tried the ZONA salad with foie gras bon-bons and an orange vinaigrette, black bread and honey-glazed peppers. 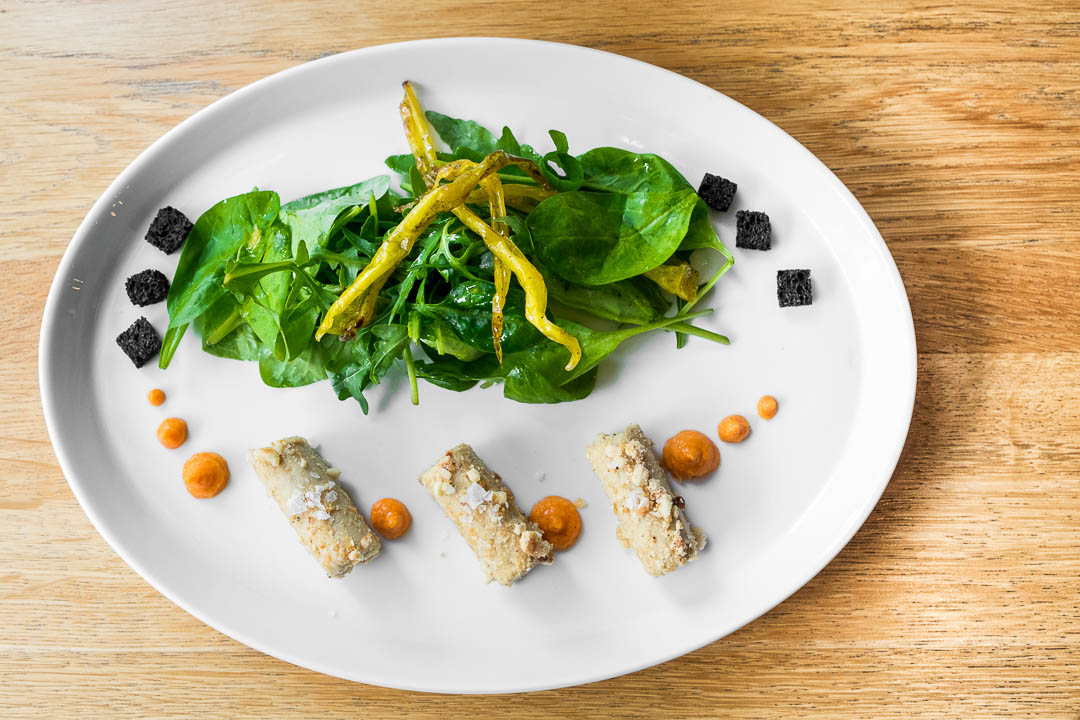 After that came three courses that arrived at the table together so that we could share them round and all have a taste of everything. We had a glass of red wine with it and the suggestion there was Sauska, Cuvée 7, Siklós, 2012.

The first dish was chicken with paprika sauce, cheese made from curdled ewe’s milk, pumpkin cannelloni and garlic crème fraîche. 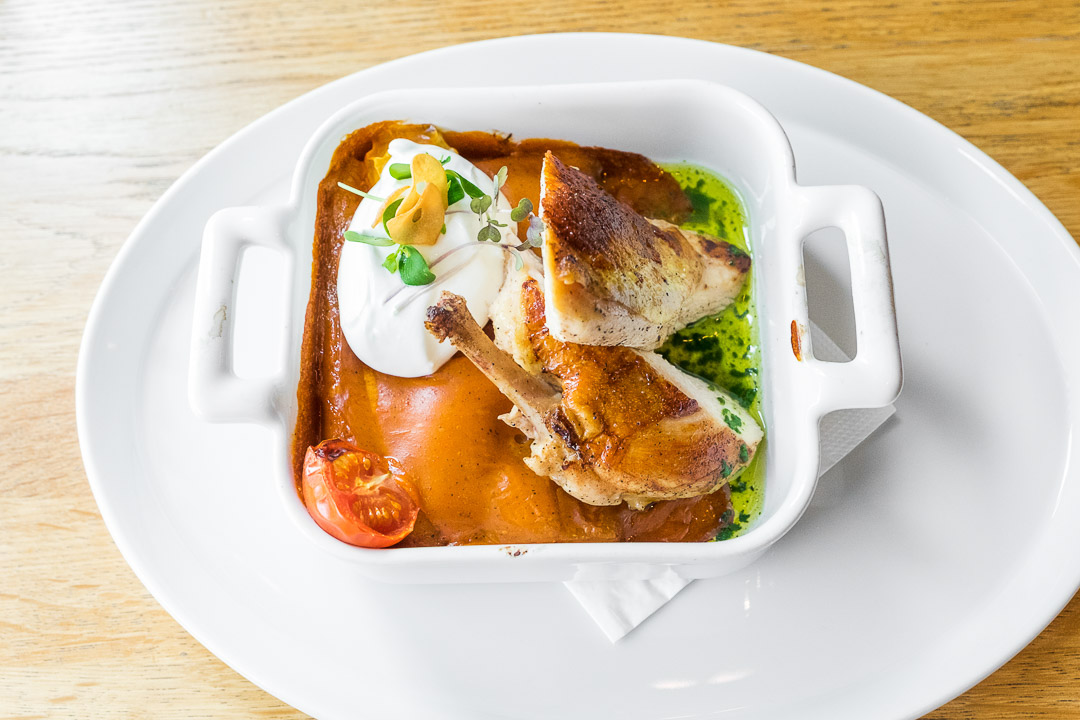 Then came breast of duck with potato and blueberry dumplings, salted caramel whip and vanilla salt. 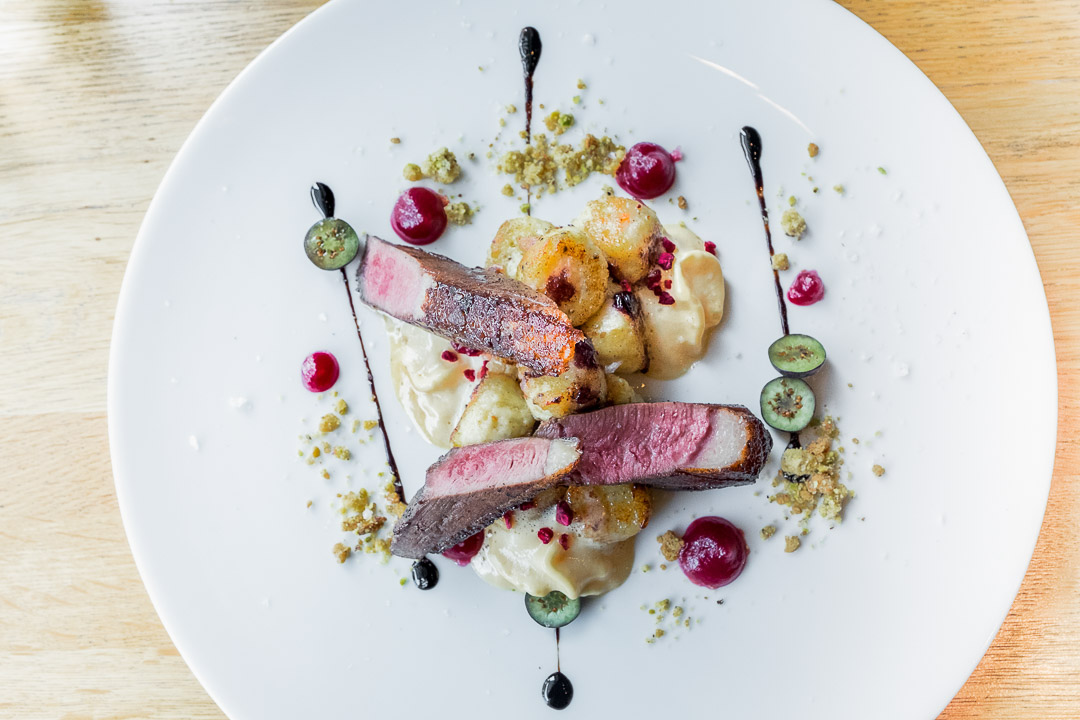 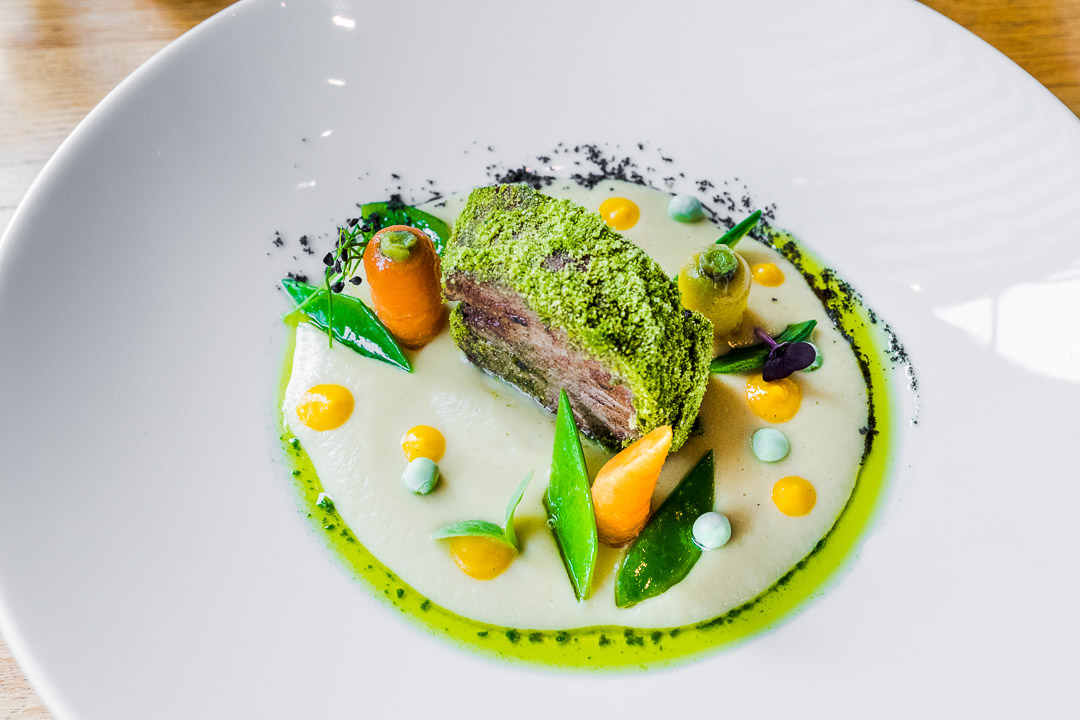 Although we already felt well satisfied we still wanted to try the desserts, with which we were served a glass of Tokaji Oremus Aszu 6 puttonyos 2006.

The fist dessert was a fresh and fruity glass with cherries, a creamy pudding, and vanilla-glazed carrot, with pistachio and semolina – very summery. 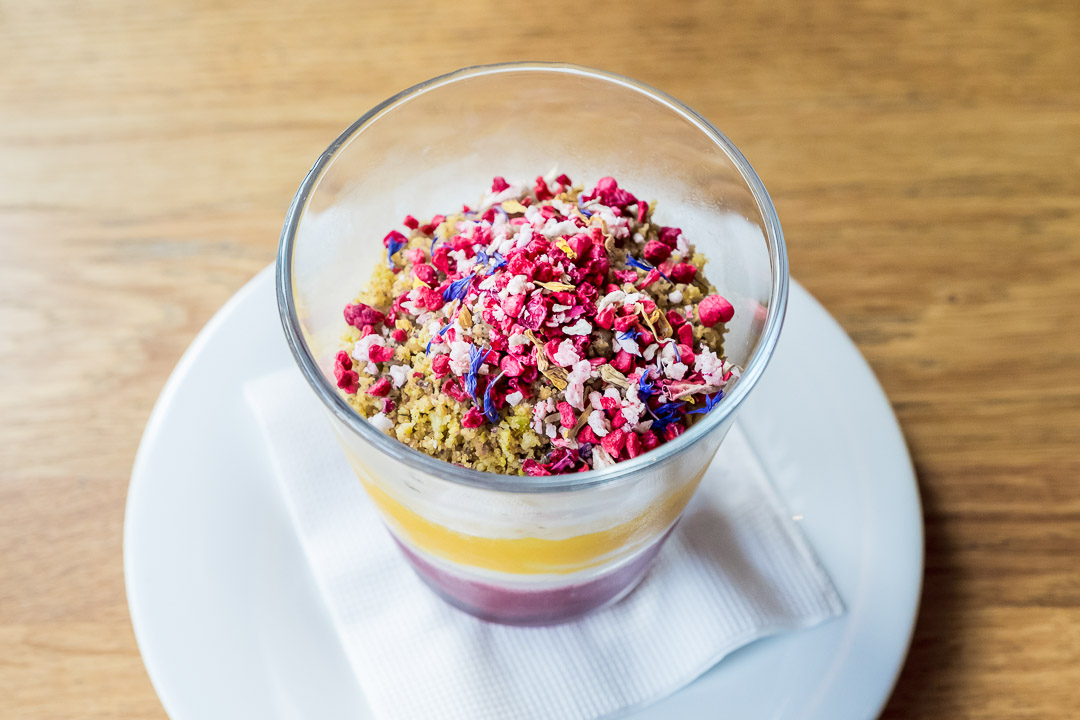 To finish off we got yet more creative variants of tarts with warm cream, apricot, natural yoghurt, sugar and slivers of hazel nut. Perhaps a little rich and sweet, but delicious all the same! 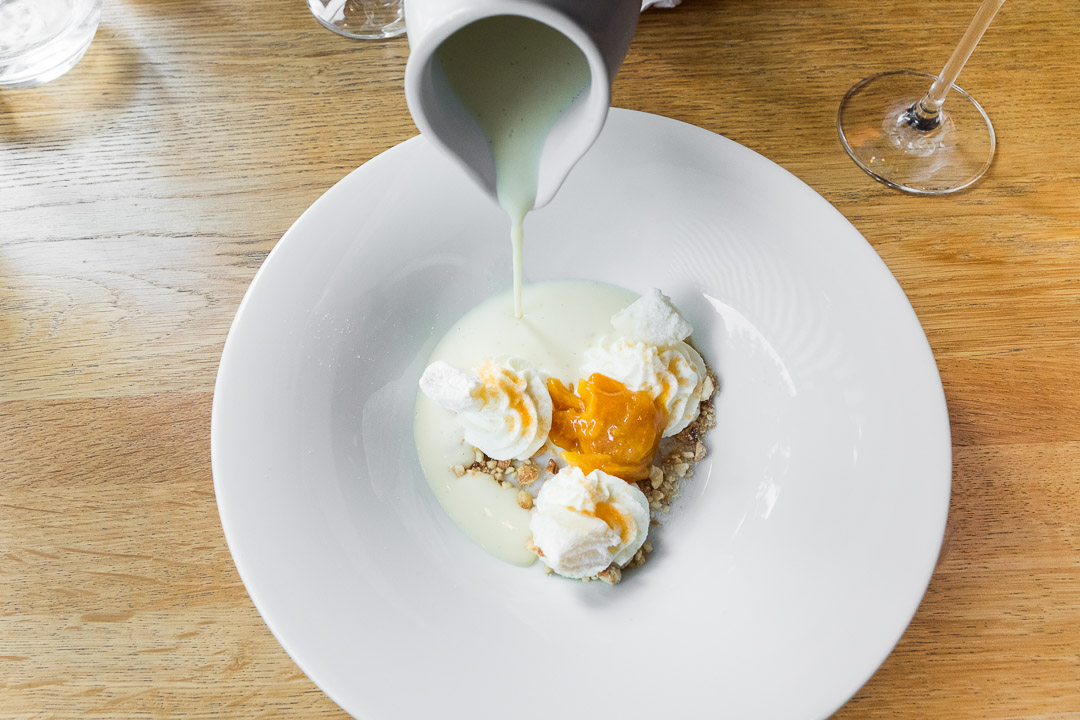 We combined our meal at ZONA with a stay in one of Entre Amis’s apartments – but more on that in another article. 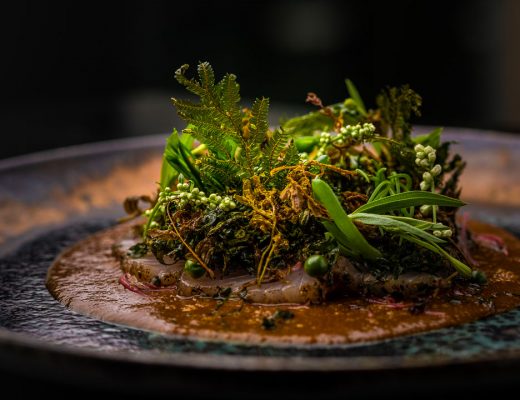 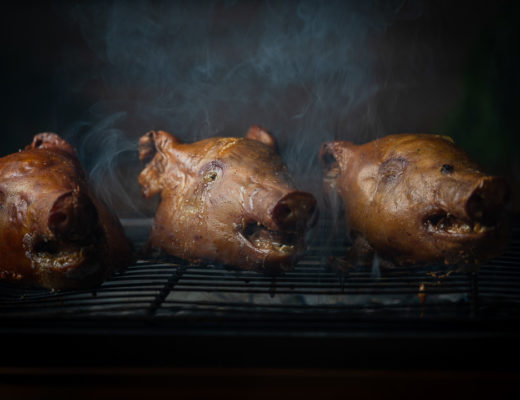 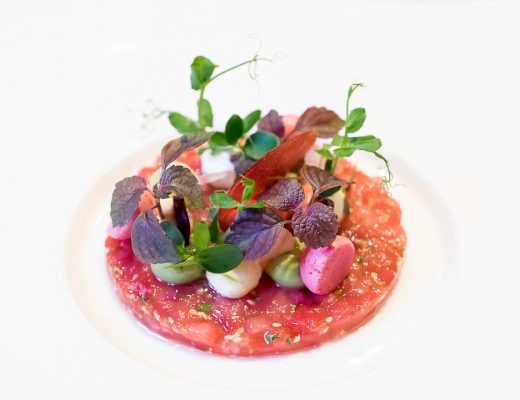